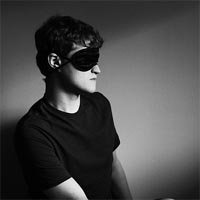 Lately, Affiliate Marketing has quickly grown into an opportunity for anyone to make money on the internet. Regardless of your age, ethnicity, where you’re from or anything at all really.

The problem is that half the people out there, are going about Affiliate Marketing the wrong way! See, most people get to a certain point where they’ve made a couple of sales and automatically think they’re the next internet gurus. Well that’s far from the case.

Ideally, you want to use tracking ID’s with all of your affiliate links if you know you’re going to post them in more than one location. If you’re affiliate network doesn’t give you the option to ad tracking ID’s then  you’ll need to use an external link tracking tool, which you can find on Google pretty easily. Tracking ID’s rock because once you make a sale, you know where it came from, which tells you which of your attempts worked. Once you know what works, making more sales becomes a breeze.

Do Know Your Audience?

There’s no way you’re going to make as many sales as you could be making, without knowing your audience. Most Affiliate Marketers, don’t even have a clue who their audience is! Take a second and think about things for a sec. Trying to sell something to an audience you don’t understand is like trying to go bowling while blindfolded. Every now and then you’ll get lucky, but in neither case will you get consistent results. Get what I’m saying? Well imagine if instead of just aiming your campaigns at the general public, you only aimed it at those who actually cared what you had to say? If you didn’t draw the conclusion , an audience that cares equals more sales for you. Makes sense right?

Well before I even think about starting a new campaign, I ask myself these questions. What age group am I targeting? What kind of budget does my audience have? Is my audience looking for something they want or something they need? Questions like these help you design your campaign and should be questions that you run through before you even think about designing a landing page or writing an article.

A lot of Affiliates like to build a campaign and then find an audience to match it. Well, if you’re one of them, I’m sorry to break it to you, but that’s a pretty ineffective way to go about doing things. You want to determine who your audience is and once you know that, then you can start building your campaign. Because what happens when you put hours and hours in to a campaign, only to find out that it doesn’t appeal to a wide enough audience? Yeah, it just kind of sucks. Determine your audience first, your campaign second, and you’ll be fine.

Take Off The Blindfold 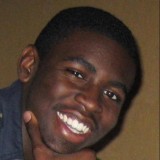