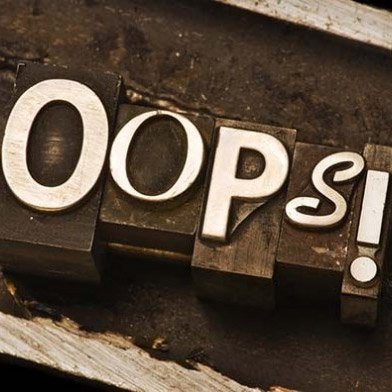 If you’re in touch with modern technology, you probably use your mobile device to communicate with co-workers or even perform some of your job duties. But most cell phones are equipped with a feature called auto correct, or as it’s commonly referred, “Damn you, auto correct!” It’s earned this fond nickname thanks to its uncanny ability to turn our intended messages into phrases with drastically different meanings than what we intended. If you’re not careful, these unintentional flubs could cost you your job.

You probably talk a certain way to your friends and use a more professional demeanor for workplace communications. But wonderful auto correct has a tendency to recall some of our previously-used terms. If a phrase starts out in the same way, auto correct can insert these lovely expletives in an attempt to help you finish your thought.

Meanings of texts can become so misconstrued with a few mal-corrected words. Something as simple as a moved meeting can turn into a raunchy message that will have your boss raising his eyebrows and possibly texting back, “You’re Fired!” in true Trump style.

For instance, one texter attempts to communicate about a rescheduled meeting by saying, “Meeting moved until Monday. Someone got sick and is flying home.” The word “sick” was auto-corrected to a word that rhymes but is much more uncouth. Use your imagination.

Another user discusses what could be a work event and explains, “No on the suit. Yes they have covered areas. Plus I’m bringing a picnic lunch and Mexican blunts in case the picnic tables are all taken.” Let’s hope this message wasn’t going to the boss, because it’s doubtful he’d appreciate you bringing Mexican blunts to a company function. What the user meant to say? Blankets.

Don’t Insult the Boss via Text

What is meant to be an innocent communication can become a harsh insult thanks to auto correct. In one example, an employee who tries to convey a work schedule to a co-worker accidentally throws out a rude and random critique of the other person’s body shape.

After being asked if he’s seen the work schedule, the other employee responds, “Yes I did! And you have manboobs! Hahaha!” Oops. I think you meant to say Mondays, but let’s hope the person on the receiving end has a good sense of humor.

The phrase “by yourself” can lend itself to all kinds of inappropriate combinations. For instance, a simple comment about a person living by himself can suddenly turn into “loving by yourself.” Asking your boss—or one of your employees, as a manager—whether she’s “loving by herself” can be misconstrued as sexual harassment if you inadvertently send this type of message to your no-nonsense boss or co-worker.

Even if you use Blackberry Curve phones with a qwerty keyboard, auto correct mistakes can still happen, though they aren’t as common since it’s easier to type. So what can you do to avoid losing your job to an unfortunate auto correct mishap? Carefully re-scan your texts when they’re work-related to pick up on any inappropriate phrases or questions.  Even if you’re using prepaid cell phones, messages can be traced back to you. Otherwise, pray that your boss and fellow employees have had a few auto correct blunders of their own and a great sense of humor, to boot! 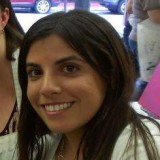 Jennifer is a freelance writer, composing articles about social media, technology and any other field of interest, a food blogger, documenting her gluttonous adventures at restaurants around Tampa.