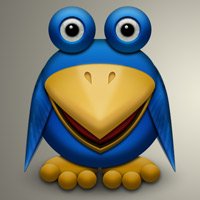 I’m not gonna beat around the bush. I’m simply not the ‘you follow me, I follow you’ kind of Twitter gal! If you like what you see and want to follow me, my tweets and blog, then by all means “Ahlan Wa Sahlan” [an Arabic saying meaning – you’re welcome, come on in….] But you can be damn sure that for every new follower I get, I will take the time to check their tweets and profile as well as their link if they have one (which I hope they do) to see whether the interest is mutual. I don’t mean to sound arrogant in any way, especially since I’m rather new to the blogosphere (almost 1 year) and am still learning everyday, but I’m not gonna’ lie and tell you that I won’t judge the quality of your tweets and general persona. I will!

I’m looking to connect and engage with like-minded individuals (individuals being the key word here) who have useful or interesting things to share – which in turn I can re-share with others. So if your Twitter stream consists solely of:

Then please don’t take it personally if I don’t follow you back. It’s not you, it’s me. I’m just not that into you :)!

My Not Sooo Shameless and Justified Self-promotion

A few months ago I wrote an article called “Twitter No No’s: To Tweet & Not to Tweet”. It pertains to my personal experience with Twitter, what I do and don’t do and what things to share and not share. It’s actually quite useful and very much related to this post. Now, that right here would be me shamelessly (or not) promoting one of my older posts on my blog nittyGriddy.com – but in my defense, it’s a sort of extension to what I’m about to communicate to you now.

Here are my “thanks, but no thanks” list of profiles. Please note however, that there are always exceptions to all of these.

1- You have no avatar

As pretty as the Twitter egg may be, it’s not what’s gonna’ attract me to you. I don’t care if it’s a snapshot of you on your worst day, or one of your favorite cartoon character or even if it’s your blog or company logo – I simply care that you have one. Not much else to say here since this should go without saying.

Bottom line – come out, come out, wherever you are!

If I don’t know what you or your blog/brand/company are about, then what incentive do I have for connecting with you? It doesn’t take more than a minute or two to fill this field out. It’s not like you’re required to write a 500 word essay. How hard can it be to talk about yourself or your company in one sentence? Most people can’t shut up when they start talking about themselves! Heck, I can talk about myself for pages!

Bottom line – say anything, but say something!

I don’t mean to burst your bubble, but how interesting can you and your tweets possibly be if only 0.0001% (too lazy to calculate the actual percentage) of your connections follow you back? And that’s if they’re following you back.

Bottom line – work on the ratio!

First off, I’m flattered and super excited that you’d like to include me in your elite and worthy list of people to follow. That’s where my exception comes in. If you’re a news service or someone like @mashable, @techcrunch, @tamar, @ViperChill, @chrisbrogan, @ProBlogger, @FamousBloggers, @ladygaga, @aplusk, @Oprah, @TheEllenShow…and not someone who’s just looking to grow their list and then later unfollow, then hell yes – I’ll follow you (if I don’t already)! I don’t quite see what Lady Gaga and I have in common and why she’d want to follow me but it would rock if she did! But Ellen on the other hand…I think she could relate to my sense of humor :D.

I’m not the biggest vampire flick fan, but it seems that many people are these days. I’d like to think that 4 or 5 weeks of a Twitter free life is somewhat acceptable – but not more! It may just be that you’re on vacation and that’s fine – I took a pretty long one myself this summer. There’s always a valid reason for taking a break. But if I visit your page and I see spiders crawling through webs or I see that your last tweet is as old as Edward Cullen (the 104 year old hottie vamp from Twilight), then I’m not interested in engaging with you since it seems you’re not interesting in engaging with anyone.

Bottom line – come out of your coffin!

I’m lucky to have followers from all around the world. But they tweet in 1 of the 4 earthly languages that I speak. Actually, 99.99% of them Tweet in English as do I – I just wanted to toot my own linguistic horn by telling you that I’m fluent in 4! Fellow Peeps of the Twittersphere – I don’t speak Hindu, Farsi or Chinese. I also don’t speak Swedish or German, so you’ll have to please forgive my first name for misleading you to think that I may.

This may be hard for you to swallow, but the Twittersphere does not revolve around you! The whole point of Twitter is to share and engage and not simply self promote. So if that’s all you’re interested in doing, then I’m not interested in you. If I look at your stream and you haven’t RT’d or @ replied to anyone in 3 pages, then why on earth do I want to follow you if you don’t seem to be engaging or interested in others? There are loads of fascinating, insightful, talented, funny…people out there with awesome stuff to share. Help them spread their word because they may just reciprocate your gesture. If you think about it, this is pretty good relationship advice as well :)!

Bottom line – don’t act like a spoiled little brat who doesn’t want to share his toys because if you do, none of the other kids are gonna’ want to play with you.

8- You’re all about where you are

I’ll be honest here. I don’t give a hoot about where you’re currently located and what town you’re the Mayor of. I’m all for people using Foursquare and other location based services – they’re great – but if that’s all you’re willing to tweet then Twitter off! Having a few of these in your stream is totally cool but don’t over do it.

Bottom line – you’re nowhere but here to me!

9- Your profile rocks but we just don’t click – Sometimes it just happens. You may have an awesome profile and seem like an A+ guy or girl, but it may just be that I’m not interested in the same things as you are.

Bottom line – please don’t take it personally, but we just weren’t meant to be!

10- You are a self-proclaimed “guru”, “master”… of Social Media or other

I love Social Media too, but I’m simply an enthusiast and avid learner! I’m not a guru, master or expert of any kind. Having these ‘greater than God’ type adjectives on your profile don’t tell me much about you – because after all, in this day and age, who doesn’t like Social Media? The folks who actually have a proven track record in that field don’t refer to themselves in these ways.

Bottom line – guru’s are so passé!

I’m sure there are many more of these kinds of Peeps and Tweeps that I missed. What other one’s don’t you follow? 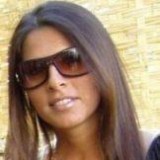 Ingrid Abboud aka 'Griddy' is a whole lot of things with a ridiculous amount of interests. For one, I'm a Social Media enthusiast with a tremendous passion for writing and blogging. I'm also a pretty cool Copywriter but a more serious MarCom Consultant. But most of all, I'm the proud owner and driving force behind nittyGriddy.com - A Kinda Social Media Journal with Net News & more.