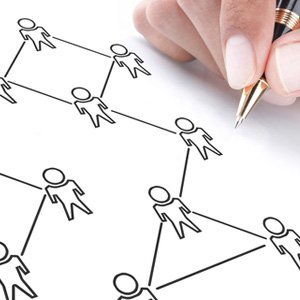 Over the years, I have known so many people to get booted off social bookmarking websites. Controversies over past account deletions at Digg – both merited and arbitrary – used to flood the blogosphere, but I also know so many people with zombie accounts at Reddit, and plenty of people who had accounts terminated at the former Mixx and Propeller, and even some at Newsvine and StumbleUpon.

Recently, a purge of top members at BlogEngage (including the author of this article) brought this topic to the forefront of the news.

You work hard to build up a strong account, make valuable connections and become a contributor to each community you join. Do you need to purchase insurance? No, but it is worth knowing what to do to stay on the right side of the “law” at each site.

This guide is not a definitive statement and it is not based on a thorough reading of each site’s Terms of Service. Nor is it meant to be a judgment of each site’s methods. And don’t expect me to give any tricks to side-step the system; I don’t play that way, and I don’t advise you to, either.

This is simply a practical view-from-the-street guide from someone who spends way too much time at social sharing websites on the proper way to color between the lines in each community.

One additional note: While I do know a lot about who comes and goes, I do not see everything that happens, so there are many people whose accounts are deleted that I do not hear about.

DIGG: In theory, don’t flame, don’t hold duplicate accounts and don’t submit too much of your own content. Get other people to submit some of your stuff for you. In practice, I have not heard of anyone getting banned from Digg since they released version 4 over a year ago.

REDDIT: Don’t submit anything of yours. At least, make sure that anything you submit of your own content had better be so drowned out by other great stuff that the moderators don’t realize any of your submissions might be considered self-promotion. The mods at Reddit can’t count; they think “self-promotion” is a four-letter word.

NEWSVINE: Anything that is not extremely newsy or that appears even slightly self-promotional will get you booted. These mods can’t count, either.

STUMBLEUPON: This service is undergoing quite a transformation, so any observations from the past might be obsolete. Few have lost accounts here, but excessive self-promotion could land you in trouble, because they have an advertising program for that.

DELICIOUS and BUZZFEED: I have never known anyone to lose an account at these; better ask someone else.

BIZSUGAR and FWISP: I have never known anyone to lose an account at either of these sites, but that is because they are careful not to let anyone in who does not understand the difference between on-topic submissions and spam. These are probably the two best sites when it comes to controlling spam. As long as you are on-topic, you are free to be self-promotional at both.

OLDDOGG: Sadly, anything goes there these days.

POLITICOLLISION: If your submission isn’t newsy, stay away. They are brand new, so their process has not really been road tested, but the moderators are refugees from OldDogg, so don’t expect them to take any cr*p.

NEWSMEBACK: I have not known any user to have an account deleted, but make sure to submit only newsy content.

MIXXING BOWL: These are mostly refugees from the old Mixx site, which was a favourite of mine. There is nothing against submitting your own site, but if you are mostly submitting your own posts, and especially if are submitting low-quality stuff, expect to get banged around a bit. On the old Mixx, I knew plenty of people who would get booted because they submitted only their own blog posts (good quality stuff, mind you, but with self-interest) – that was not considered being a good community member. Mixxing Bowl attracts fewer of such people, but I expect that they would be treated similarly.

CHIME.IN: This is the “official” replacement for Mixx (I am still scratching my head over that). It is too new to comment on.

BLOGENGAGE: Any topic of any quality can be submitted, as long as it is from a blog. But don’t promote anything you submit , which kind of makes it pointless to join the only site that charges an entry fee.

BLOKUBE: Self-promotion is welcome, but you have to stay on topic. I confess that I am not totally certain always where the boundary is between on-topic and off-topic. Some of my posts go into moderation, and not all of them get approved. But I have not known anyone to get their account deleted, so if you are submitting mostly on-topic submissions in good faith, I do not think you have anything to worry about.

ZOOMIT: As long as your submission is on-topic (Canadian) you are OK. A practical guide for Zoomit was recently published here.

TIPD: Newbies better submit on-topic or your account will be deleted. A known member would just have the submission buried or deleted.

PFBUZZ: I have not known any user to have an account deleted, but lots of people have had legitimate submissions deleted. Something in their spam-control seems to be the cause, and there does not seem to be anything the user can do, except to resubmit (assuming your submission is on-topic).

HEALTHBUZZING: This site is still too new to tell where the lines will be drawn, but try to stay on topic.

SERPD: As long as you are on-topic, you can submit from any given domain up to 50 percent of the time. I have not known any user to be booted from SERPd.

There are many more communities like these, some for WordPress and several for designers, some for specific countries or specific languages. I have shared what I know of those I frequent. This is just one person’s observations, and it does not mean that I have not missed something, nor does this represent the official position of these sites. 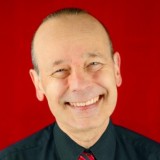 David Leonhardt is an Ottawa based SEO consultant. When not guest blogging he occasionally finds the time to update his own SEO marketing blog. Or you can follow him (Amabaie) on Twitter and most social bookmarking websites.