Home » The Famous Blog » The Back Scenes of Engagement that You Don’t Know About! 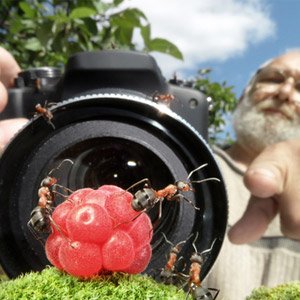 Two days ago BlogEngage deleted a few of its power member accounts, these accounts has been removed from the community and their submissions has been totally erased from the popular social bookmarking site. David Leonhardt describe it as one of the social media fails of 2011, and Miranda Marquit shared her views and talked about why she is having hard times with social media.

The goal of this post is to spot the light on this situation as FamousBloggers.net has been and will remain a place to share our voices through the blogosphere, so nothing really personal against any one who is involved, but I see that this matter worth the discussion, and it won’t pass quietly!

I also share this as a BlogEngage member, in fact I turned to be a business membership holder, this means all my articles goes directly to BE via the RSS once it gets published on the blog, no red traffic lights!

However, being a premium account holder doesn’t mean you have a super power, or you won’t be banned, anyone can be banned if they vote for their friends!  So, please behave and say NO to your friends.

The post is clearly pointing to members who vote up for their friend’s submission and not engaging enough with the community!

I agree that this is not good practice, and for the same reason a popular site like Sphinn.com has removed the whole voting system and give the power only to its editorial team to decide which submission should pop on the front page.

Also, this remind me with a very interesting post by Rohn Jay Miller, in that post he asked people to delete their profile from Klout forever! He thinks that Klout dos’t worth it, and probably he is right, I mean who the hell you are to measure social influence and put together some standards. Well, in short… It’s all about Money!

So here are some thoughts, and to be honest, I would suggest removing the voting system from BlogEngage, it just doesn’t work!

There is no right way to engage!

Every person has her/his own ways to engage, so it’s not cool to force them towards the BlogEngage point of view while still having holes in the system!

Yes, BlogEngage is a great community, but it has a few holes like any other system, these holes got even wider after the auto submission premium memberships has been launched.

I just think that everyone should take it easy when adding  a premium service to a free membership site that is already has members. It’s not about the plan on how to do it, but it’s about how to actually keep it up!

The right way to engage at BlogEngage could be the way Brian explained in his post.

But, the right way to engage “in general” in my opinion is away far away from that, it’s not about social bookmarking, it’s not a bout reading an article as well as sharing that article!

In the Back Scenes of Engagement!

We all do s**t, a little bit here and there to get things going, so I am not the perfect member of any community, really!

In fact I don’t care that much whither a friend/follower share my articles or not, I mean this is not enough reason to have a great relationship together or call it engagement, really! Not because she/he is tweeting my stuff to their 129372 followers!

Relationship is way more complicated than sharing stuff, it’s actually about “doing stuff”, even though you member perfect model for engaging at BlogEngage, this could be far away from the ideal model!

I know David for quite good time, thanks to social bookmarking sites like BlogEngage to introduce us to each other, our engagement and relationship is not about a Vote, Facebook like or a Tweet, we do stuff together! Good stuff! Yes, we do what is more than social media sharing! I won’t forget the support David is giving to the FamousBloggers.net blog.

I want this to be clear, no body knows what really happens in the back scenes of engagement! And, many people just don’t know how to engage for real!

Don’t apply your rule to the past!

Setting new rules is fine, but applying the new rules to the past is NOT OK!

I’ve done tons of changes to the FamousBloggers.net guest blogging module and rules, which I think helped in pushing the site up, and by feedback of the community, FB is a quick successful guest blogging site. However, I have big holes in the system, it’s really hard to make it perfect. Many contributes just don’t follow the rules, I send several emails to them, I even join them on chat sometimes before cutting them off!

One of the rules is to remove the author credits from the Bio and the content if they disable or changed their profile picture, I require them to use a real personal picture. This is not for me, but this is for the blog readers, I want everyone to be real, I want everyone to blog without a stupid mask, and I don’t welcome link builders who pretend to be bloggers!

I still remember my poor social bookmarking site that I’ve created couple of years ago, the Making Money Online Social Network, many people used to call the MMO network, this site was getting its first steps toward popularity.

I admit it, I failed! I couldn’t maintain the site for technical issues since it’s a Drupal based social bookmarking site that no one has contributed to the Drigg module I am using for a long time, 2007 to be specific. I thought many times to just sell it and forget about it, maybe someone else will make a good use of it or turn it to a profitable business, but I was always concerned about the old submissions that was made by its members.

I just couldn’t make a decision to delete the whole thing and break all people’s links. So I preferred to just keep it this way for now, till something new comes up!

However, even if I decided to delete it and start over, I will make sure to inform all members, that’s what I think is right before doing a big move. I remember when Alex planned to sell Kolakube.com without informing anyone of its members, it was a sort of tragedy, but fortunately things ended well, and the site has not been sold.

At least you have to send a few several warnings before you touch an account!

When a website or a community decides to go pro and charge people for submissions, or have a type of premium membership, they need to be more careful, and think twice before making decisions.

Probably BlogEngage should take its voting system away, it doesn’t play well with the paid memberships!

Let all the “paid” automatic submission pop right away on the front page, please! (why do we have to wait for votes?)

This is the second month since I started my BlogEngage business membership, I hardly see my submission on the front page (probably because I don’t ask for votes), I update this blog with more than one post on daily bases, and the most funny thing is that I don’t blog here alone, there are plenty of contributors who are members of BE writes here on FB, thy don’t even bother to vote or share their own posts!

This is a business, it’s not a game, it’s also not about building a community, people have business to do! They submit entries to social bookmarking sites for the seek of business!

So at least, send a warning before making big decisions that could hurt someone’s business.

Actually, don’t take a decision by yourself! It should be taken by the name of the community!

So, don’t just go away, tell me something!