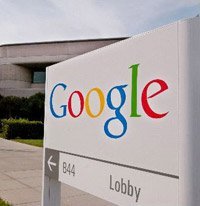 You may think it’s a stretch to imply Google operates in a similar way to God. But to those who lost 90% of their top rankings overnight due to Google’s new algorithmic update may justifiably feel they must have “sinned.”

SEO experts agree, this is a big one.

Many also concur we may still be in for more surprises as Google attempts to reduce rankings for low-quality sites. Google’s official position is this: “sites which are a low-value add for users, copy content from other websites, or sites that are just not very useful will be penalized with reduced rankings, so that high-quality sites–sites with original content and information such as research, in-depth reports, thoughtful analysis and so on gain the coveted better rankings.”

Some website owners might be forgiven for thinking Google has unfairly punished them for some unknown transgression. Some might even claim it’s illegal for Google to knock them down in the rankings.

But consider this: Google is a publicly-traded company that gets to decide the value of each page of your website. You don’t decide that, they do.

Google, like other search engines, constantly improves their algorithms in order to serve up the most relevant results based on a users search term. And from time to time, they will make changes that penalize websites that deliver “low-value” content.

That may seem unfair if you’ve just lost a top ranking.

But it’s not like the top positions no longer exist. It’s just that now others are“blessed” with high rankings instead of you. You don’t hear an uproar about that, do you?

How I Learned To Give Google What It Wants

I’ll never forget the day in late December 2004 when dozens of my most profitable affiliate sites started disappearing from the top positions they had occupied for years.

This became known as the “Jagger update”. Like now, Google felt the need to eliminate “low value” content. And, like now, there is going to be collateral damage.

Right or wrong, my sites were gone.

After a few days of self-pity (why me, Lord?) I made a determination to only publish content that was well researched, well written, and properly formatted and had anchor text smart backlinks embedded in articles of a similar high quality published only on sites already trusted by Google.

This is what Google wants. And it’s what I’ve been teaching students of my online affiliate marketing trainings for over 6 years now.

Legitimate link building processes are now as important as ever. These tactics, which I’ve been teaching for many years and have talked about often in my affiliate marketing podcasts have not been negatively affected at all.

If fact, we publishers who take the time to do it right will inherit rankings forfeited by others with less foresight. Many have now learned the hard way that publishing “drivel” (crap content) across multiple platforms (content farms) is now a big no-no.

Listen here to an interview about this recent Google algorithm update.

James Martell lives in White Rock, BC with his wife Arlene and their four children. James is a pioneer in the affiliate marketing industry and was successfully profiting with affiliate websites as early as 1999. 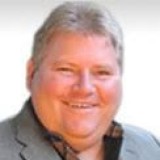