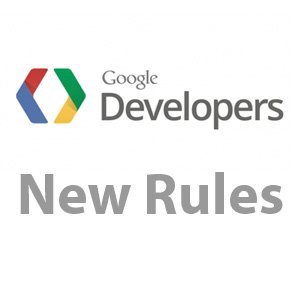 Google altered its rules to a great degree regarding app developers that they must follow while submitting mobile applications to its app store “Google Play“, most of the issues being centered on addressing spamming and malicious attributes concealed within apps.

The updation by Google regarding the new developer policies is meant to cut out spam apps from Google play app store.

Android Central published an email, in which the Google Play Team clarified that its updating efforts were meant to change developer policies such that unhealthy behavior is dealt with. Such behavior includes spammy notifications and app names that were intended to be deceiving.

Apps and Ads…rules are rules!

Several changes have been put forth and amongst them are the recent restrictions placed on the icons and names of apps that resemble too closely some other apps, in order to avert confusion and while bringing safety, clarity and confidence to the users.

Furthermore, Google play team said it is providing a lot more detail on each kind of app that will not make it through to Google including the ones that expose personal information of the users without their authorization.

Google explains how it is giving additional examples of ways in which the spam policy is violated, as expounded in the email. The company is also adding a new section addressing the same behavior in applications. Initially, it is made clear that the same rules are applied to the application as well as the ads. Additionally it is also significant for the company to make sure that ads do not affect the user experience by deceiving them or stymieing their access to apps and linking up to other ads thereby make use of disruptive methods.

“Find and Call” is one of the apps Apple and Google got rid of their app stores, in July after it was realized that the app was sending users contact information to its server remotely located in order to spam those contacts with a plethora of messages. On the other hand the claim made on the flip side by the app was that it was constructed such as to aid the users in terms of the organization of the address book.

Google has been playing the tech superman for quite some time now, in that, it also successfully warded off the early reports in July about an Android botnet spamming its several innocent victims after learning about the issue from blogs by researcher from Microsoft and Sophos. Google also ellucidatedin response that these spammers were making use of infected PCs and fake mobile signature for the purpose of bypassing anti spam features for email.

In any case, it’s a must that you protect your self by download cell phone spy software. For example, if you are using blackberry then try the blackberry spyware.

Google puts forth the rule (among others in its policy) that the applications should be prohibited from collecting information on the user without user request and that bthe applications must be non-malicious. Apps will also be banned from sending texts, emails or other messages on the behalf of the user without the user’s confirmation regarding the recipient and the content. 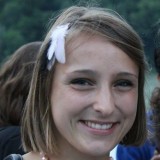