Home » The Famous Blog » Steve Jobs, The 5 Chapters You Need to Read 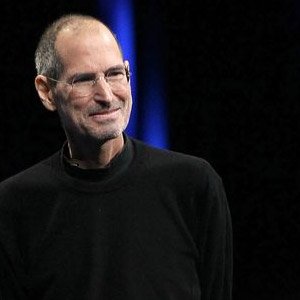 In October I caught the fever and downloaded Walter Isaacson’s biography of Steve Jobs. It’s a little long (656 pages), but I thought surely I could read straight through it pretty quickly and join the throngs of bloggers posting reviews. But then it got intense, in the way a story driven by Steve Jobs could, and only now, three months later, have I finally closed the cover on the life of Steve Jobs.

In order to keep this post relevant then, since we have all read the shining reviews that the book received and many of the stories about Jobs’s life included in the book, I’m going to recommend five chapters that really intrigued me as a reader and save you a little time in reviewing the journey that was the life of Steve Jobs.

In this first chapter we learn not just where Jobs’s parents both biological and adoptive are from and how/why he was adopted, but also Isaacson explores what some speculated were Jobs’s formative views of himself, abandoned and chosen:

There’s some notion that because I was abandoned, I worked very hard so I could do well and make my parents wish they had me back, or some such nonsense, but that’s ridiculous…Knowing I was adopted may have made me feel more independent, but I never felt abandoned. I’ve always felt special. My parents made me feel special. (p. 5)

Chapter one also includes the inspirations for two of Jobs’s other obsessions: design and craftsmanship (but you will have to read those bits for yourself).

Jobs’s parents expected him to go to college, and he did—sort-of. The experiences he had and the choices he made during the years of his life covered in this chapter go a long way towards explaining his behavior later on. Jobs was becoming Jobs: fiercely independent, a hippy with an extreme diet, a Zen devotee and a master manipulator.

For most of us, the technology of our lifetimes has been defined by the companies that Jobs and Gates built. Understanding the quintessential differences between Jobs and Gates leads to an understanding of one of the major issues in technology today: closed vs. open, or, as Jobs liked to say, integrated vs. fragmented. Plus, once you understand the arc of their thirty-year relationship you are able to really appreciate the time they spent together talking before Jobs’s death.

I also have to say here, that once I read about a situation where Jobs’s anger was almost seemingly righteously turned on a competitor, it was a great relief (p. 177). As a friend of mine said, Jobs’s life does tend to read like a soap opera.

Pixar, the-company-I-never-knew-Jobs-was-part-of, was hugely influenced by Jobs. In a previous chapter Isaacson recounts the story of Pixar, how Jobs got involved, how Toy Story was nearly strangled by Disney execs and how it was then reworked into the blockbuster it became.

As fascinating as it is reading about an industry-changing event you remember from your childhood, it is even more engaging to read about the final showdown between Disney and Pixar’s major executive players before Pixar officially became part of Disney in this chapter. We may not remember the names of the big wigs who made the deals, but we definitely remember the films that were created because of them.

5 – Chapter 49: Round Three, The Twilight Struggle

Essentially the last chapter, this one documents Jobs’s final months from when the cancer reappeared to his resignation as Apple’s CEO. It also sums up Jobs’s family relationships as they stood at the end, his joy at seeing his oldest son graduate, his wife’s passion for educational reform and a hint at the way his daughters viewed him.
Because of their financial means, the Jobs’ were also able to remain at the front of the fight against cancer, sequencing Jobs’s entire DNA thus allowing Jobs’s doctors to use a molecular targeted therapy that is more effective than the more general chemotherapy. 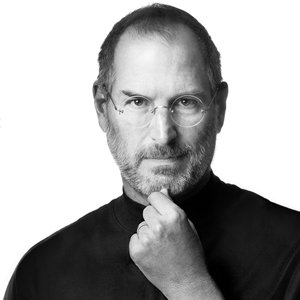 It’s difficult to stop at just those five chapters, but they really do sum up some lesser known turning points of Jobs’s life journey and give you the sense of what made the man.

And, love him or hate him, Jobs the man has affected all of us in ways we know or don’t. Not bad for a hippy fruitarian from California.

P.S. If you have a little more time check out chapter twelve about Jobs’s design sense, the “Bauhaus aesthetic” or chapter forty about the iCloud and the design of Apple’s new campus. Of course, if you have time, maybe you really should consider reading the whole book. I definitely recommend it. 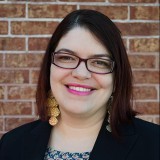 Jen Jenkins, founder of the Punctuation and Language Appreciation Society, is currently a freelance content strategist and blogger. With a background in arts production (and a few years dabbling in costume design and construction), Jen is a bibliophile, fashion addict, and twitter aficionado.