Home » The Famous Blog » What Is Mark Cuban Up In Arms With Facebook For? 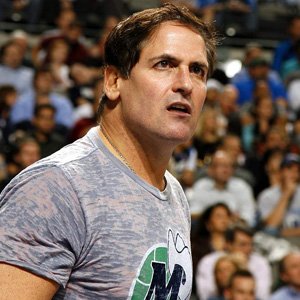 You don’t need to be a sports nut to recognize the name Mark Cuban. He is the high-profile owner of the NBA team Dallas Mavericks, and can be seen in a wide multitude of media outlets. The latest happening with Cuban’s name all over it concerns a brush that he has had with Facebook. The conflict reveals the issues between ease of branding for companies who engage in social media, and the interests that those social networks have for themselves.

Cuban has been very vocal in a staunch criticism of Facebook for the change to their EdgeRank algorithm. This is a metric that determines what posts created by Facebook fan pages (in the case of Cuban – the Dallas Mavericks fan page) are seen by all of the fans.

You might notice that if you are a fan, or “like” a company or brand, you see less on your news feed from that company than you would on the actual page. The change to EdgeRank that occurred in September 2012 is responsible for this, as it aims to provide only the most “engaging” content that comes from the content creators of the fan page rather than just a promotion or mention that may not attract many comments.

Facebook makes it more difficult for businesses to get their word out more than people might think. According to the Business Insider, the EdgeRank change caused a drastic drop of organic outreach for a large number of fan pages by up to fifty percent. One could understand Cuban’s frustration, and how other social media managers would be irate as well.

Since the change, the contingency of outreach now lies in two main factors, and they are dependent on one side or another:

Number one is where Cuban has the biggest problem, and will probably spark a long line of debate for months to come.

Writer’s Note Before I move on, it would only be fair to mention that Cuban is NOT the only one who feels the way he does, and I don’t want to make it seem that I am singling him out. His perspective is meant to represent potentially ALL business owners who are experiencing the same problem with Facebook.

Some feel that Cuban is whining too much about having to pay more to have more promotion. According to writer Ryan Tate, perhaps not everyone wants to see every insignificant thing that comes from the Mavericks fan page. Tastes do vary, and this annoyance can not be seen as ubiquitous.

If social media allowed businesses to connect with their fans, why all of a sudden do they have to pay to do it? Don’t think too hard about this question: just remember the letters: I, P and O. You’ll figure it out quickly.

Then there is the second “pages only” option. This might take the edge off of the frustration, but I highly doubt that many people are going to voluntarily single out their Facebook news feed just to look at companies, even if they have followed them. It is a meagre negotiation by Facebook that will probably not last.

There is no question that Facebook has definitely changed their demeanor over the years in dealing with brands. At the end of the day, Facebook is a business just like everyone else. Their biggest problem was their own size. When businesses see the social media opportunity, they expect the operation to go through with little to no costs at all. Since the IPO, that just is not the case anymore.

Some might say that people like Cuban just have to shut up and deal with it. (Actually, his main response has been to look into other platforms other than Facebook.) Others might say that Facebook has gotten way too greedy. But this is the game today. Interests on both sides need to be protected even if this means losing interest in one another.

Social media is a big slice of the Internet pie without a doubt, and where people should be able to voice their mission, a task that was once so easy is undoubtedly getting more difficult. Whether it’s Facebook trying to clean up their content, or even now Google getting requests to clean out their own, the direction is certainly changing. 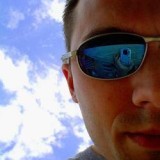 As the lead writer for DX3, I aim to provide content that connects technology's impact on society, and how it affects our daily lives.