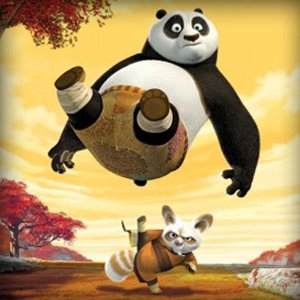 When I was 7 years old I got kicked in the balls by a girl.  I had it coming.  Of course I had it coming.  An 8 year old girl doesn’t try to make a 50-yard field goal with your privates because she’s upset with the economy or your political views.  Nope.  It’s usually something very stupid and very basic.I called her a name.  A mean name. Her parents gave her the name Nancy Wicks.  One day when all the kids in my town were hanging around outside the only store I changed it to Nancy Picks.  Why? Because I was a small town dumb ass.  Actually it was more like a village than a town.  There was one store, one gas station, and only 9 kids to play with other than my two little brothers.You know how mean kids can be.  I quickly escalated the name calling when I saw I was getting a reaction.

Nancy Picks became Nancy Picks-Her-Bum.  It’s horrible how quickly you can make a girl turn beet red if you call her a hurtful name 20 times in a row in fast repetition.As I was taunting her with my equally stupid buddies, she hit her breaking point.  The red in her face turned a shade of dark purple.  In one swift move reminiscent of the love child between Bruce Lee and Francis the Talking Mule, she let it rip.  Her powerful up kick caught me 100% full on between the legs.  I’m talking maximum velocity full contact no holds barred toes pointed up direct blow captain the starboard engines are destroyed!

My body rose a full 9 inches into the air, and compressed itself forward from the impact.  As her leg swung down back to earth, my corpse froze in mid air like a Matrix movie.  I remember hearing a tiny gasp of air leak out of my flaccid lungs.  The crowd of friends let out a simultaneous groan on my behalf.   In slow motion I collapsed to the dusty ground and rolled over onto one side.   If my friends had any chalk they could have traced my outline.  I couldn’t move.

Have you ever seen a baby about to cry, but they freeze silently as they suck enough air in to let loose with a deafening scream?  That was me.  I was simply unable to utter the slightest sound.  Every molecule of life-giving air had exited my body from the humbling blow.  My diaphragm spasmed trying desperately to suck oxygen back into my lungs.  Unfortunately at the same time my stomach, filled with grape soda and Old Dutch potato chips, had plans of its own.

I’ll spare you the gory details.  Suffice it to say I lay on the sidewalk in a pool of my own making for the better part of 20 minutes.   Nancy’s best friend made me say I’m sorry, which came out in a version of Klingon grunts from my inability to speak.  After a few minutes of seeing my pathetic state lying in my vomit weeping, Nancy said she was sorry.  Kids are incredibly resilient when it comes to dealing with drama.  My friends left me after about ten minutes. “Nothing to see here folks just some hammer head 7 year old gagging.  Move along!”

The story ends with me slowing regaining consciousness, covered in used grape soda laying on the sidewalk in a village in the rural prairies, unable to walk properly for a week.  The white part of my left eyeball was red for nearly a month.  That’s right.  She kicked me so hard my eyeball started to bleed.

I learned my lesson the hard way.   Be nice.

Google taught me the same lesson the exact same way

Google kicked me so hard in 2006 I thought I’d never do internet marketing again.  I almost cried a little bit from the financial beat down.

It was a strange time to be making money online.  The web had matured to a point where people were using the phrase “Google” as a verb.  Need to find information on white water rafting, the Atkins diet, Cuban cigars, baby ring slings, or peanut allergies?  Just Google It.  Poor Nike’s Just Do It was a distant memory when Google took off.

As a consequence, if you had a website directly related to keywords that people were searching for, and if it had a page 1 ranking, there was an excellent chance that you would receive a lot of visitors.  And if the page on your website had a blue link on it near the top that had the keyword phrase that someone was searching for, and they clicked it, you would receive some money from Google.  It was called Google Adsense.  Unfortunately many childish marketers thought it was a lottery ticket.  Myself included.

Back in 2004 we were making solid websites with good quality content that sold actual products with affiliate programs.  It was slow and cumbersome, but it worked and didn’t involve taking shortcuts.  But fast and lazy is far more interesting and sexy than slow and deliberate.  I started seeing what I called the “Google Cold War” starting in early 2005.  It was like the arms race between the USA and soviet Russia.  Bigger tools, more automation, crazier back link schemes began in ernest.  If it involved tricking Google, I bought it.

By 2006 I could type a keyword phrase like “Titanium Golf Driver” into a script at 8 pm at night.  It would think for 3-4 minutes as I drank some green tea.  It would spit out a file of 10,000 keyword phrases related to golf.  I would then open a different program, import the file, and in 5 more minutes it would spit out a 10,000 page website filled with gibberish about golf that had been scraped from thousands of other sites about gibberish about golf.  Then I’d upload the massive website in about 20 minutes with a different program.  Then I’d load the 10,000 words into a different robot, and it would create 100-200 fake blogs on Blogger with links deep into my site.  Then it would take the RSS feeds of the 200 fake blogs and send hundreds of pings across the web to try to entice the search robots to spider my golf site.

Here’s the crazy part.  I’d wake up the next day and my 10,000 page golf site filled with gibberish was already in the search engines and making me a few dollars.  My noon each day I’d check one of my many Adsense accounts, see that I had banked $300 for the morning and go golfing.

Remember the story about learning to BE NICE?

Well, me and thousands of other idiotic black hat marketers were kicked hard by Google that summer.   I remember an ebook that was going around about a guy who bought his wife a Cadillac one month with his Adsense check and 90 days later couldn’t afford to put gas in it.    Some fools chose to play harder by building out their own blog farms with thousands of junk sites.  Others built more evil robots to build fake Blogger blogs faster.  Others tried to cloak their spam, flavor their spam, or merge their spam with real content.  None of it mattered.  Google was fed up.

The five figure checks were gone by the time it snowed that year.  Luckily I had been smart and had not expanded my lifestyle during those 18 crazy months.   We cancelled the dedicated servers, put the extra computers for sale, and  learned a hard lesson.  Others were not so fortunate.  They lost homes, cars, laid of employees and closed physical offices.  Imagine a business model based on junk, selling junk and selling tools that make junk to others.  I still shake my head sometimes.

The strange thing about the aftermath of that time was that some of the little dinky affiliate sites I built by hand and ignored since 2004 are still around.  They still get legitimate traffic, sell legitimate products from real companies and continue to work for me when I am asleep.  After 7 years of neglecting them, I came to some huge realizations.

1.  Google has more smart people working for them than I do.  They are focused on improving their business and giving the best experience possible for a person using their search engine.  If I want to play in their world I had better do the same.

2.  Slow and steady ultimately beats fast and stupid.  I bought every tool, script, ebook, webinar and course related to making quick money online between 2005-2006.  I don’t use a single one of them today.  The old ebooks about building quality websites that people read, bookmark and return to are still valid from 2000-2002.  Big ah-ha moment.

3.  It’s a lot easier and smarter to grow a small handful of quality websites than it is to crank 2-3 junkie sites per week (or day) using duplicate scraped rubbish.  Google is getting smarter by the season.  If you want to win long term you have to think long term.

4.  It’s physically and financially exhausting to try to stay ahead of Google in an arms race.  They can take down junk sites faster than we can put them up.  I lost nearly 3 years of time that I could have spent building quality in the hunt for fast money.

5. People are buying more stuff online than ever before.  There is still life-changing amounts of money to be made in Adsense and in affiliate marketing provided you are patient and don’t try to take shortcuts.

When Nancy Wicks kicked me in my cpanel I learned to play nice.  When Google kicked me and de-listed 570 of my sites I learned the same lesson.  I’m not going to write some cheesy ebook about Confessions of A Reformed Small Time Black Hat Marketer.  Believe me, I have nothing to teach or sell.   If you are ever tempted to take short cuts in your internet marketing endeavors, use the Mom test.  Show your website to your Mom.  If she isn’t thrilled with it then do the smart thing and make it better.  If she scolds you for making junk then listen and learn.

Good luck in your business! 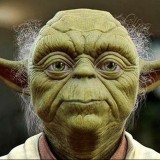