Home » The Famous Blog » Do You Play Angry Birds on Google Plus? 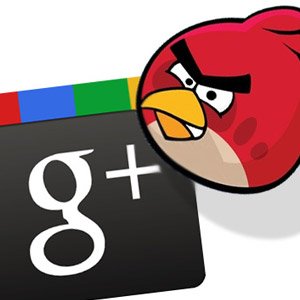 I used to play video games on my PC before, then things changed when the internet arrived, so instead of competing with the computer, games became alot more fun than ever, especially that you can play with others and compete together. Today, social networks made a revolution, social networks like Facebook, and recently Google Plus, allows you to play games family members and friends, you can even challenge and have fun with other people that you don’t really know or meet before. Social networking games is simply “The Future“.

Finally, the Google Plus Games Tab appeard on my Profile

Yes, the Google Plus Games tab appeared on my profile yesterday, so I am ready to have fun on Google+

Games in Google+ are social

The games you play and your accomplishments (such as high scores, levels, and achievements) may be visible to other Google+ users. This makes it easy to find friends and play together.

That’s what Google tell you when you pick a new game to play. It’s nice to see some privacy respect as well: 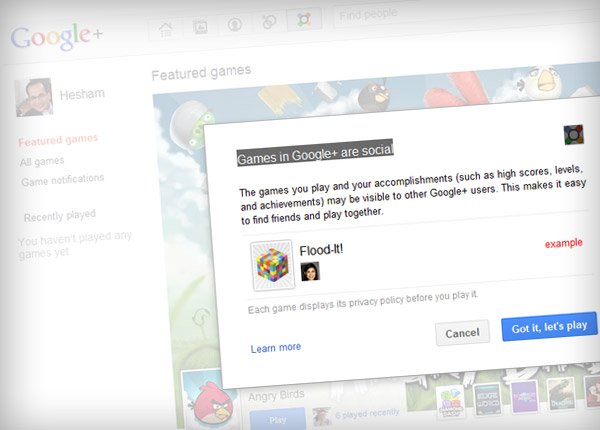 Do you play Angry Birds on Google Plus?

Angry Birds is a very popular game (I’ve discvered that only one month ago lol), it’s a very simple game, but it can be so hard to play in advanced levels, (I havn’t reach any advanced level by the way, so basically I don’t know what I am talking about here lol), I bet that kids are in love with it because of the crazy sound effects it has.

Check out this, the latest from Angry Birds: Hcirp! How you checked out the teamwork level yet? Pop pigs with your friends and pool your stars to unlock exclusive new levels.

The comptetion is really nice, everybody started already to achive high scores, I see that on my Google Plus Games stream, what about you?

Do you play Angry Birds on Google Plus?