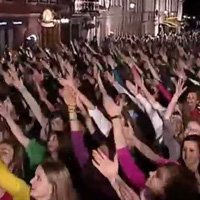 Most of the people starting a new blog these days think that blogging is simply about creating and promoting content. Then, according to the theory, readers will naturally follow and thus you will start to make money.

Nothing could be further from the truth.

If you start a blog and stick to the strategy mentioned then you are not going to get very far.

Let me tell you about my story!

I have been blogging for around two years now. At the beginning I was just in for the money. I had read on so many blogs that you could make money so easily through blogs that I thought I could do it too. I also thought I could simply create and promote content and everything would go from there, but it didn’t.

I have made $100 through my blog in around one and a half years. My blog really didn’t get any traffic at all when I started out. For almost one year I averaged below 10 visitors per day even though I spent so much time working on my blog.

Then came the moment when I realized that blogging the real reason why I was so unsuccessful: Blogging isn’t about making money. It’s about helping other people. It’s about connecting with people. It’s called being social.

It’s Not an Ego Trip

Blogging is not about staying to yourself. It’s about genuinely connecting to others. It’s not an ego trip. So let’s not make it one.

I believe that we, as bloggers, can create a great community. I mean there are so many people living and blogging all around the world why should we not try and accomplish something together?

Of course you can try to do it on your own but what good is it? Doing everything on your own without connecting to people is not going to help you get far in life.

I believe that what Hesham has created here at Famous Bloggers is a great community, a great place to start off. Why not try to take it to the next level?

After I watched the show I felt united with all the people in Europe. After seeing all these people dancing together to the same song, people from different ethnic groups, with different backgrounds, different interests, I thought that we could achieve the same thing on our blog. You  make a difference on this blog.

How Do We Start?

Well a community lives from people giving without asking in return. That’s one of the most important principals, not only in blogging, but also in life.

Of course it’s hard to always keep that up but even trying to do so will make you that much more successful than any other person.

How You Can Make a Difference

There are lots of things you can do. Contributing to FamousBloggers would be one way of doing it. You can write guest posts if you feel like it. That way you will support FB so that he doesn’t have to spend as much time doing it. But you can also stick to other things.

For example whenever you notice a spelling mistake, or something that looks odd simply contact us. We would love to get feedback whether it’s negative or positive. These are small things but they make a difference.

To comment on this and other blogs is also a great way to support our community. Simply say what you think. If you have found a thing or two that you think could be corrected on that blog then be sure to mention it, most blog owners are happy to get some feedback.

Especially with this contest I believe that it’s that much more important to simply give. Even though it’s a contest that doesn’t mean that you should solely focus on your own good. Try to help other people when you can, even if it might be only by commenting or retweeting their posts.

Care for other people and they will care for you. It truly takes courage to give without asking for something back in return, yet that’s all what it’s about. Let’s make Famous Bloggers more special than it already is.

By the end of the EuroVision Song Contest I truly felt like there was no winner. Everyone had won. Let’s make that come true about this blog and this contest.

Only a life lived for others is a life worthwhile.
-Albert Einstein

What do you think? Do you think we can make this happen? 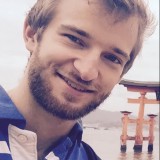