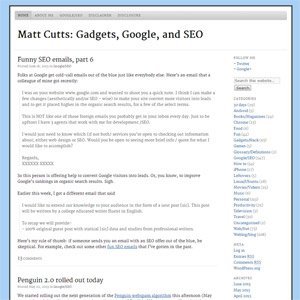 A few hours latter, I saw this tweet on the #thesiswp hashtag:

Of course, I haven’t investigated the historical background of that second tweet, but it’s the type that tickles my adrenaline, so I took the chance while I am motivated to write and share my thoughts.

I personally use both Thesis and Genesis on my projects, and I respect them both as great Theme Frameworks. In fact, I am more comfort with Thesis, probably because my professional start was with Thesis, and big part of my business depends on it.

From Thesis to Genesis?

I’ve see many people switching from Thesis to Genesis recently, especially after the launch of Thesis 2, and the confusion that surrounded the launch.

However, the big boys’ decisions do not matter (at least to me), I will never do this sort or move just because others are doing it, and I disagree with everyone who took such un-conscious decision and jumped in the same boat without a good reason, or run pancaked because everyone else dose.

Since I first landed on Matt‘s blog and he has been using Thesis, and I hadn’t really thought about it before, I mean he don’t need anything special on his blog. He even kept using the default Skin.

Don’t get excited, right now Matt‘s blog almost look the same as before (if not worst), even though he switched to Genesis, I just think he like that way. Or maybe he is preparing a surprise!

But… curious to know why would he do that?

It could be for any reason that absolutely doesn’t matter for me! Or You!

I don’t think Matt need to do any SEO (or what?), in fact he advised people not to pay too much attention to that, and to not over optimize your site. I for some reason think it could be because of schema markups implementation in Genesis 2, however Thesis 2 has it as too.

I don’t think any of those two Frameworks has a huge advantage on the other, especially for the average non-developer end-user, or even the developer (If you don’t agree, then convince me)

Why did Matt Cutts did the switch?

Who cares if Matt Cutts switch from Genesis to Thesis?

And, what this means to others who are considering the same bath?

If you personally did or thinking of doing this move, why would you do that? 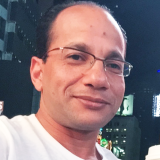