Today, we are excited to spread the word about this awesome HootSuite discount. Yes, HootSuite is offering a huge discount off the Pro membership, this is a BIG 50% Off HootSuite Pro and HootSuite University for 60 Days, here is why you should take advantage of this offer.

Twitter has announced it will shut down the TweetDeck Facebook integration by May 7th. But, it’s not just the Facebook integration that is getting the axe, TweetDeck’s AIR based version for desktop, Android and iPhone apps is also on the way out. This doesn’t come as tremor to industry watchers as Twitter was planning something like this for a long time now.

No reason has been given for axing Facebook integration, but I am sure, the next few weeks will bring with them the answers that we need. According to the company, it wants to focus on web and Chrome apps, which it believes provide the best TweetDeck experience. The company will also make sure that it’s the web apps that will be the first to get new features, followed by Mac and PC apps. It does look like the company wants TweetDeck to become more of a web based service than anything else, and don’t be surprised if the remaining native apps get the boot soon.

Now, we can discuss the reasons why Twitter’s shutting down TweetDeck’s integration etc. till the cows come home. You might come across some inventive answers like Twitter’s doing that to push Chromebook sales, TweetDeck was always going nowhere under Twitter and this news confirms the fact, Twitter is running TweetDeck into a wall and so on and so forth.

The point is we will be nowhere as far as the correct answer is concerned. Let Twitter come up with its reasons for choosing not to continue with TweetDeck Android, iPhone, AIR and more importantly, Facebook Integration.

This is definitely bad news for TweetDeck users, but good news for a big player in the same niche; yes I am talking about HootSuite.

HootSuite Says Thank You Very Much

Let’s take a look at this development from somebody else’s eyes, these eyes belong to HootSuite. The announcement from Twitter is really good news for TweetDeck’s competitor HootSuite, which now emerges as the most comprehensive social media management tool available on the market.

In the first Quarter of 2013, HootSuite had more than six million users. But it seems this growth will go northwards as users begin to discard TweetDeck and start looking for a better and more comprehensive social media management dashboard.

(Interesting Side Note: Even if its growth doesn’t accelerate any further, it still can add 3 million users to its kitty this year)

The Rise and Rise of HootSuite

HootSuite has always been an amazing growth story, and its recent achievements in user acquisition have meant that its user growth curve is as good as the top Software-as-a-Services players in Silicon Valley like Evernote and Zendesk.

It’s made some intelligent acquisitions in the recent past that has made even enterprise users choose HootSuite and what with Twitter’s recent announcements; it seems HootSuite’s popularity is all set to rise further.

Let’s take a look at this social media tool’s rising popularity and its significance in 2013 through some of its acquisitions.

Unlike its past acquisitions, which were more of a means to acquire new technology, HootSuite’s acquisition of Seesmic is more of a customer play. It got its hands on business users who migrated to HootSuite from Seesmic; in a single stroke it got rid of a close competitor and put its management tool in the hands of even more enterprise users. The idea is to enable Seesmic’s users to build their brand and social business using the diverse management tools offered by HootSuite.

By getting a large chunk of enterprise users on its side of the fence, it’s giving stiff competition to Twitter’s forays into the enterprise landscape. With Seesmic effectively out of the picture now, it’s a direct battle between TweetDeck and HootSuite for a slice of the Enterprise users market.

With HootSuite now planning to roll out new security and analytics features in the next few months it does look like 2013 will be the year HootSuite scores over TweetDeck in terms of getting attention from enterprise users.

HootSuite’s acquisition of Splitweet was aimed at acquiring corporate users who used the multi-account Twitter reputation management platform. Its integration into the HootSuite dashboard means that they can now manage multiple Twitter accounts, they can also track any brand mentions on their Twitter accounts and get the low down on all Tweets that are made by all the Twitter users that are followed by your accounts, all this through their HootSuite account.

Something else that it offers is a real time instant messaging service called ‘Conversations’.  HootSuite offers a product called Team, which enables businesses to group their HootSuite account holders for a more seamless and fast interaction. The ‘Conversations’ feature is a part of this product, which facilitates better and more controlled interactions between teams or groups.

It’s not only about TweetDeck getting rid of its Facebook integration and HootSuite still offering the same. Battle for consumer mind space is not won or lost by somebody being unable or being able to offer one or more feature more than its competitor. It’s won by making concerted attempts to better a product or service, which HootSuite seems to be consistently doing; and which many people feel, TweetDeck isn’t necessarily doing.

No wonder; it keeps adding to its user base, is exploring newer markets and becoming the super hero of 2013 in terms of the best social media management tool going around.

Remember… HootSuite is offering a big discount off the Pro membership, this is a BIG 50% Off HootSuite Pro and HootSuite University for 60 Days, take advantage of this offer and get the HootSuite discount.

Here are only a few of the HootSuite features you will gain access to: 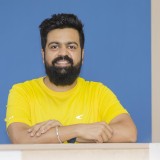