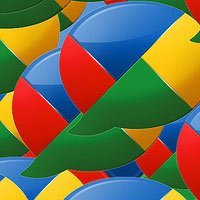 Did you ever catch yourself being closed-minded about something? I did. I was very closed minded when it came to Google and things like Google page rank for a long time. I was getting so tired of hearing Google says, ” do this!” or Google says “no never mind, do that!” it was really starting to bug me.

Then one day while I was practicing Yoga, I had a moment of clarity, you might call it an AHA moment, and suddenly it dawned on me. Google rocks!

This mind opening thought was most likely rooted in my positive experiences with using Google Analytics and what a rich traffic reporting tool it is. GA has always been my favorite Google product and I think its the best free resource for any marketer or webmaster.

So I began to explore Google’s Chrome Browser and now, quite frankly I’m addicted to it. I’ve discoverd many blogger-friendly Chrome Extensions (Zemanta, Diigo and Readability) and it seems I keep creating how-to videos for them! Eventually, I reached a point when I began to ask myself if I was going to Buzz or not…Finally I gave in and I extablished a Gmail account (something I had taken a sacred oath with myself that I would never do) and started using Google Buzz. It was boring at first, but soon I began to find several users that share great content and I continue to learn new tips everyday. So I thought this would be a good time to create a screencast so you can see what it looks like from the inside.

If you’re like I was a few weeks ago you’re still pondering the question – To Buzz or Not To Buzz. I admit that I’m enjoying Google Buzz now but you might not be convinced yet. Take a look at some other resources on the topic.

Buzz still needs some tweaks and it appears that Google is reacting to feedback from users and making improvements when necessary. One thing I would like to see improved is the dialog box for finding new Buzz to follower. I’m not sure why Google thinks I need to see the list of people I’m following already when what I’m looking for is a better way to find new and interesting people to follow.

Did you answer the Buzz question?

What do you think? Have you tried Buzz yet? What do you like or dislike about it?

You can follow my Buzz here and use this link to check your Buzz Stats. 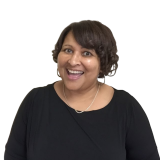 Ileane created her blog Basic Blog Tips to help you learn WordPress blogging and Social Media Optimization. Connect with Ileane on Twitter and watch her tutorials on YouTube for tips on using WordPress, Plugins, Twitter, Facebook, Google Apps and the latest in tech.