Home » The Famous Blog » How to Tweet Your Traffic? 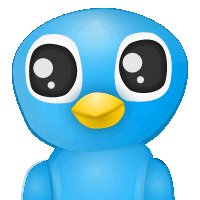 Traffic is the art of getting people to click on your site. Most of us have talked about traffic generation in a generalized way. In this blog post, we will focus on Twitter. We will discuss how Twitter can get us more traffic and how we can use certain strategies on Twitter to get more traffic.

Twitter is one of the most important social media sites present today. So, we can use (we should use) twitter to get traffic from it. Most of us are not using Twitter to its fullest capabilities. What I see is this prevalent trend of promotional tweeting (tweets with links).

But Twitter is far more than that. Just because you tweeted it doesn’t make it so important that you will get more traffic. Moreover, only a small ratio of twitter users are the audience of your tweets, because Twitter is updated every second.

Just Re tweeting your links is not going to be fun. You could do it, but rewording and re tweeting is much better. You could reword the tweet to be something else and retweet it. Think about it. Rewording and retweeting is much better than plain retweeting. You will find out more about this in the next paragraph. Both of the tweets would look different even though they link to the same page.

Let’s say that you are on twitter, and imagine that you are going to share one of your links. Instead of tweeting it, you could reword it to be “audience specific” so that the people who are in your group will click your link. Using audience specific retweeting will help you to get more traffic from a specific audience.

For example: let’s say that I wrote a post titled “The Pros and Cons of Guest Posting.”

I could tweet the same link with two different headlines: “Why you should guest post” and “Why you shouldn’t“. These two tweets differ in that they induce specific audiences to click on your link. Supporters of guest posting might be more willing to read and share the first link, while the opponents might do the same thing for the 2nd one. You could get more people to click on your link within a specific audience. You can use this technique for most articles.

For instance, for this article, I could reweet it as “How to Use Twitter to Generate Efficient Traffic” or “Using Several techniques to get more traffic from Twitter” etc., the list could go on.

You could reword your tweet based on your article, headings, and subheadings. This tactic can give you a real advantage (by generating more traffic). There is one more [important] factor that influences this technique: tweeting frequency and timing.

Tweeting frequency is all about the number of tweets. Timing is about the time during which you tweet (time doesn’t refer to day/night, rather it refers to something else, as you will learn). I am not getting into the tweeting frequency topic, because it is rather vague and hard to explain. Timing is important.

The time when you tweet your link is very, very important. You need to retweet you links at least two times when Twitter is at its peak and when Twitter is at its trough (not many people are tweeting). The first one is important because there are so many people tweeting (larger audience). The second one is important because your tweet would be on the timeline for a longer period of time.

In other words, the first one is equal to larger audience, smaller time and second one is equal to smaller audience and larger time. From one perspective, the second one is much better because more people are likely to click on it (because the tweet is on the timeline for a long time). From a different perspective, the first one is better because there are more people online. Its hard to explain which one is better. So the best way to do it is to tweet at both times.

Let’s say that you don’t have time to apply all these techniques for yourself. So, what will you do?  Forget the technique? No, that would be a bad decision. As wise decision makers, we need to use tools to help us. Tools like Buffer App and others would help you to schedule your tweets and keep them for later.

Many of my friends over at Blogengage had already written about tools that will help you to schedule your tweets. Be sure to check out those articles @Blogengage.com

Are @ Mentions useful? Yes, they are. @ mentions show networking (mentions = networking). @ Mentions can range from simple retweets to complex conversations. These will really help you to promote your links. For instance, you are networking with someone (using @ Mentions).

Let’s imagine that you ask the person to check out one of your articles. This person will be (more) willing to check out your article (compared to the time when you “didn’t” network with the person). There are many powerful twitter networkers out there. One person who really stands out is @Nicholas_Cardot of Sitesketch101. You may check out his twitter profile to know more about him.

Yes, messaging will help you to get more traffic. It is just like @ Mentions. Message them to help you out (or even ask them for a favor in return).

These are really worth mentioning! They may not stand out at all. But tweets without any links are awesome tweets (unless they are related to what you are doing right now). Useful non-promotional Tweets (like quotes, advices, tips) can help you to generate more traffic.

For example, you could give out simple advice related to guest blogging. After that, you could tweet another link with a post related to the topic. This can be really useful (if the person who reads your non-promotional tweet finds it useful). Think about it and you will get why it is so useful.

That puts an end to our discussion about tweeting and traffic generation. Do you have any other techniques to share? What do you think of my tips [this article]? Did you find it useful? If so, don’t forget to leave your feedback! Twitter is just one of the unique ways through which we can make increase web traffic.

Thank you for taking time reading my article!

Note: Don’t forget to share this article. It would greatly help me to get the maximum out of the contest 😀 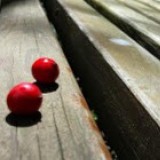 Heya there! My name is Jeevan Jacob John. I am a blogger, marketer, learner and a lot more things. You can learn more about me by visiting my blog - Daring Blogger.