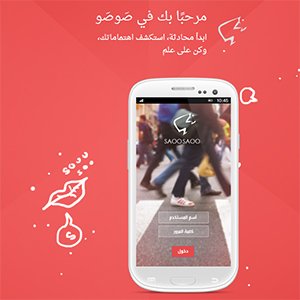 Today, I came a cross a Facebook post from an Egyptian News website called Masrawy speaking about SaooSaoo, a new Arabic based Micro Blogging Platform (like Twitter) that is designed by Egyptian entrepreneurs a few months ago. The story claims Google to offer $100 Million Dollars for the app.

SaooSaoo owners claims that their platform went viral when reached around 9 million users in its first quarter after it has been released to the public and got featured on Mashable. They officially published about Google’s offer on their company’s news section.

When I first saw the post and watched the video, I got really excited, but then I was so disappointed!

I’ve tried several times to look up this new platform in news and search engines with no luck, I got nothing in search results, and strangely I discovered that Mashable didn’t even mention it once, there is absolutely nothing serious about SaooSaoo but only from its own developers or owners in this video:

This kind of attitude is annoying, it’s totally unaccepted to trick people. I must say, they have to be shame, and stop claiming and publishing lies!

P.S. If I am mistaken about what I’ve said in in this post; I eager them to come up with a proof of their platform.