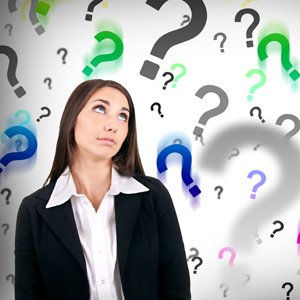 In his book Stop Stealing Dreams, Seth Godin points out that the new economy is based on connections. The Industrial Revolution was all about productivity. Making things more…

The Connection Revolution, as Godin calls it, is not about productivity but people. It’s not about more it’s about deeper.

Social media is perfectly designed for the Connection Revolution, but it’s often used like it’s a product of the Industrial Revolution….

The problem is, more almost never equates with deeper. The Industrial Revolution is at odds with the Connection Revolution, and vice versa.

One way to change the script is to learn how to ask great questions.

In a world where everyone can have a voice, where anyone can say anything to anyone else online, there’s a lack of listeners. People can say whatever they want, but what people really want is to be heard, understood and valued.

Asking questions through social media gives the opportunity to listen, understand and value. It creates connection.

Make them the experts

Don’t ask the square root of 13. There’s only one right answer. Instead, ask how people feel about something. What their favorite thing is. Ask something that only they can answer. People like being the experts.

It’s tempting to fire off a statement about politics, religion, sports or any other polarizing topic. Instead, look for the question at the root of the debate. For example, in the political conversation over gay marriage, don’t say what you favor. Instead ask a question about the role of States’ rights or the First Amendment.

Ask about what fictitious people think

Ask easy, innocuous questions early on in the relationship to get people warmed up to answering. Don’t jump into the deep end.

Interact with the answers

Comment, value the opinions of those who respond. Thank them for responding and ask followup questions, if possible. Let them know that you’ve heard their responses and want to hear more.

Keep things as simple as possible

The more you have to set up the question, the fewer people will stick with you to the end.

People like to share stories about their lives. Ask questions that lead to stories. What’s been helpful? What have they learned? What would they do differently? Be open to getting help from people and they’ll feel valued.

What kind of questions work for you? How do you best foster connections through social media? 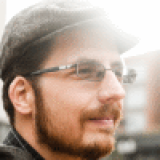 James Wood is a writer, presenter and techie who started his own business in 2009. The freedom of self-employment let him consult in Hawaii, speak in England and visit 43 states. He writes for PrintPlace.com, a printing company offering newsletters, postcards and more.