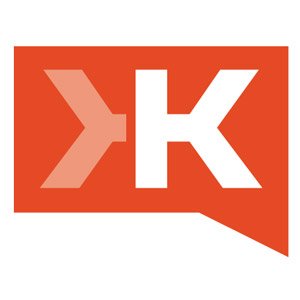 It seems to me that whenever I bring up the topic of Klout, I get three types of reactions. One type of reaction is confusion – “what is Klout?” or “I have heard of it but not sure what it really is”. Another type of emotional response is passionate hate and anger whenever anything about Klout is mentioned. Then the last form of response is understanding it and wanting to learn ways to work with Klout and use it to the individual’s best advantage.

If you happen to be in the group of people who are confused about Klout, then let me enlighten you. Klout is a company in San Francisco that was established in December of 2008, that uses social media analytics to measure an individual’s influence and engagement through her or his social networking platforms.

The individual is given a score based on how influential and engaging he or she is throughout those networks. Currently, Klout calculates data from Twitter, Facebook. Google Plus, LinkedIn, Foursquare and Klout itself. In the future the company hopes to have other networks contribute to its scoring system.

The Klout score is calculated on a daily basis from 400 different signals from these networks such as the amount of Facebook likes, comments, shares and wall posts the user receives.

In addition, Klout looks at the mentions as well as retweets the user receives on Twitter- and how many lists he or she is on. In regards to Google Plus, Klout calculates the amount of +1’s, shares and comments the user is given. Klout also looks at the user’s LinkedIn title, endorsements and recommendations, as well as Foursquare tips. Other factors such as votes from other Klout users (+K’s) are calculated and Klout is now taking into account whether a user has a Wikipedia page and how many inlinks the page has.

The score is given a numeric value, from 0-100, 0 obviously being the lowest and 100 being the highest. The higher it is the better and the average score is 40. However only 5% of users have a score of 63 and above which is considered to be high. I also want to mention that if you have a Twitter account, then you automatically have a Klout score. If you are active on social media or better yet, if you are in a career or field where social media is widely used, you need to listen up.

Your Klout Score Does Matter

Yes, it does. Especially if you are a business owner or are in fields that involve marketing, PR, coaching, music, writing, politics, or anything that involves social media – which has become more prevalent now and will continue to do so – you need to face the fact that your Klout score is looked at more than you realize.

A low Klout score will create more harm than good, especially over time. In fact there was a case where a marketer of many years of experience and education applied for a VP position at a marketing company in Toronto and did not receive the position due to his low Klout score. The position was given to someone with the same experience with a higher score. So therefore, a low Klout score will cost you opportunities in the future. There are plenty of people who absolutely despise this reality.

I have read a lot of harshly critical blog posts about Klout. A lot of people resent the fact that your online activity is given a score. Then they do everything in their power to criticize everything they can about Klout. I have read so many statements about it across the web such as “it’s total bunk”, “it’s not that accurate”, “the whole thing is stupid”, “the whole score can be gamed”.

As far as the accuracy issue about Klout goes, let me ask you this. Tell me one thing that is measured that is completely accurate. Nothing is, even your credit score or your weight! However, Klout is accurate enough to indicate how engaging and influential someone is online.

As far as Klout being gamed, that used to be more of a problem when it was still in its infancy. Not so much now. Just like at one time you could game SEO, but it is a lot more difficult to do that now. For those who absolutely loathe Klout, then I have a suggestion. Why not forget about social media all together and get involved in fields that do not involve it as well (good luck to that)?

However, for those who want to learn more about Klout and who want to find a way to improve their scores, I am happy to help you out. I will give you six tips on how to do that right here.

I want to mention the benefits that you will receive as well for having a high Klout score. I already talked about being given opportunities. But you will also be given better customer service, perks, freebies and in the long run, if you are a business owner with a high Klout score, this alone can help grow your business.

Clients will be looking at your score, if they are not already. I am not saying that Klout is the only thing that matters. But it is significant. Because of that, you will be better off in the end working with Klout, improving your social media tactics because this is today’s reality whether you like it or not. 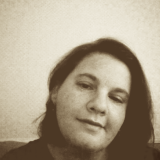 Miriam Slozberg is a Canadian blogger, author, mom, astrologer, as well as an internet marketer, SEO and social media specialist and loves to network and teach others about social media and marketing.