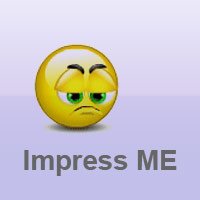 I’ve been blogging for six years now. While there are certainly bloggers who have been around longer than that, six years still puts me into the “longtime blogger” category. In that time, I’ve written thousands of blog posts (on my own blogs, as well as blogging on many other blogs), so I’ve been able to experience all of the joys and all of the headaches that come with blogging. After fighting off nearly a million spam comments during those six years, I consider myself to be extremely jaded when it comes to assessing the worth of a comment.

I know that the large majority of comments are spam and are, of course, trashed. The next largest group of comments is legitimate, but very often doesn’t contribute much to the conversation. Those comments merit approval, and are appreciated, but in a month, I’ll very likely not remember the person who made the comment.

Who cares if I remember a commenter?

Big deal, right? Well, honestly, I think it is a big deal. I believe that the truest value of commenting on blogs is establishing a relationship with the blogger, and the visitors to that blog. That relationship may foster future gains that you and I cannot imagine at the moment, but may be the impetus for changing your life forever. If the comment you make on a blog makes no impression on the blogger, however, the likelihood of ever seeing any results from that comment are extremely low.

So what do you have to do to make an impact on someone like me with your comment?

If you manage to impress an old, jaded blogger with your comment, there’s a good chance you’ll be remembered six months from now. That might mean the difference between a new project succeeding or failing. You never know, so make that first impression count! 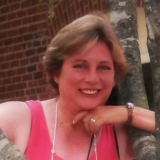 I'm a near-dinosaur in the SEO world, but I don't really consider myself an SEO. I'm an online entrepreneur, affiliate marketer, and ebusiness coach among other things. Mainly, I'm a geek making a living online. :)