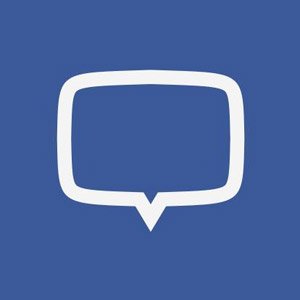 More than 1.06 billion people log on to their Facebook accounts every month, making it the largest social network in existence. It has been pointed out on multiple occasions that if Facebook were a country then it would be the third largest country in the world, behind only China and India in terms of the population! Of these one billion regular Facebook users, approximately 600 million of them access the site from a mobile device.

When it comes to the geographical breakdown of its users, the United States is home to the most. The US boasts 166 million users; Brazil takes second place with 58 million and is followed closely by India with 55 million. In fourth and fifth place is Indonesia with 47 million users and then Mexico with 38 million.

Facebook users have amassed more than 140.3 billion friend connections, shared more than 219 billion photos and posted well over 17 billion location-tagged posts. As of last year, there were close to 4,000 members of staff working for Facebook and plans were in motion to hire many, many more.

With such a massive amount of Facebook users, the languages they use to interact on the site are obviously in varied abundance too. It has even been suggested that Facebook has hit a block in the English speaking countries in which it has already spread due to the simple fact they are running out of new people to join the site! Because of this reason, Facebook is now focusing its efforts in gaining new interest in less developed countries where English is not the native tongue.

Facebook is currently available in more than 70 languages with the preference being immediately allocated by region but then changeable upon request. Portuguese is currently the most rapidly increasing language of Facebook users, followed closely by Arabic and then German and Spanish. Although the amount of English speaking users grew by 69% over the last two years, countries like Brazil and Mexico have experienced much more impressive growth. Facebook has done particularly well in Brazil where it now has the most users of any country apart from the United States.

Such is the language diversity of Facebook that a translate tool was installed to allow users to read posts and comments in different languages. For example, if someone has left a comment in French on a Spanish post, then by simply clicking the translate button below, any user will be able to fully understand the conversation. This translate tool works in a different way to the Google translate tool and is certainly not intended to replace professional translation agencies, like Quick Lingo, but it does make multi-lingual interaction on the site much easier and efficient.

The amount of conversations taking place on Facebook every day is practically immeasurable but it is easy to see that it is replacing other methods of communication, such as the standard email. As this social network continues to grow, both in terms of user count and geographical distribution, so too will the amount of languages spoken by those involved. This is something that social media marketers need to take exceptional notice of as they tailor their advertising to suit the massive population of the ever growing social website! 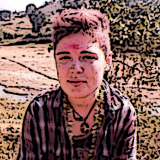 Online marketing assistant and social media exec enjoying the world of blogging! Always keen to network with other bloggers and discover new and interesting sites on the web!