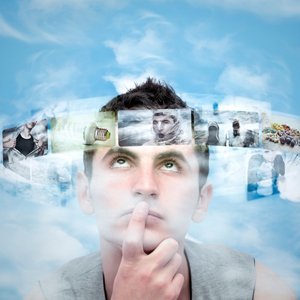 The numbers are in, and the verdict is clear – America’s internet users love watching videos online! How much love are we talking about here?

According to the latest numbers from the comScore Video Metrix service, Americans watched 40 billion videos online in January.  And, we’re not talking about a group of nerds, holed up in their basements, watching videos for hours on end.  Instead, a whopping 181 million Americans watched some form of online video – accounting for more than 84% of the U.S. internet users.

Now, it’s up to you to capitalize on it!

Make no mistake, online video marketing is growing in popularity.  Savvy business owners have figured out that offering their target audience a way to see and hear them is a great way to boost their credibility.  And, if people think you’re credible, they’re far more likely to spend their hard-earned money on your products and services!

Now, this doesn’t mean that you can just throw up any ol’ video and expect the traffic and sales to come rolling in.

Just like any other type of web content, quality is king.  If your online video consists of you, sitting in the middle of a messy home office, spouting off a bunch of “umms” and “uhhhs”, no-one’s going to take you seriously.  Or, if your idea of a great online video is to create some PowerPoint slides and read them verbatim in your monotonous voice, you need to stick to other forms of attracting web exposure.

This doesn’t mean you have to have the budget of a Hollywood blockbuster to succeed at online video marketing, though.  Lots of business owners are creating informative, witty, interesting videos in their home offices, without major motion picture equipment.

The difference between them and the guys with the “umms”, though, is creativity.

By having a well-written script that’s chock full of facts, a background that isn’t distracting, a microphone that doesn’t make you sound like you’re talking from the bottom of a hole, and some good ol’ fashioned eye contact with the camera, you can knock your target audience’s socks off.

Once you’ve got a solid production plan, your target audience WILL stick around to listen.  In fact, according to the comScore Video Metrix numbers, the videos that Americans watched in January were, on average, six minutes long.  Sure, that includes people watching episodes of their favorite sitcom.  However, those numbers also show that people are willing to stop what they’re doing, sit down in front of the computer, and stick around to watch a video – IF the video is captivating enough.

The audience is there… How are you going to engage them? 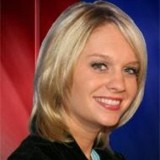