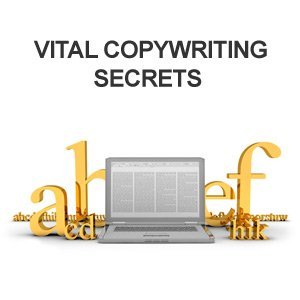 When you look at all the big launches and follow what those marketers do to bring in the big dollars, you’ll notice that there are just three things they rely on almost one hundred percent. If you’re able to utilize the same key elements in your marketing, there’s nothing stopping you from raking in big bucks just like they do.

They are simple and easy to implement, and the first one is:

A star of a sales letter is the main character that will be used to present the problem, agitate it and then, finally, deliver the solution.

This character is extremely addictive and attractive so that the prospects always want to find out what he’s going to do or say next. That curiosity is what keeps them glued to the screens when the character opens his mouth.

It’s important for you to also understand that the character is usually present in every marketing message that’s put out. Emails, offline advertising, videos, social media…

Below, you’ll find examples of some interesting characters that guru marketers take advantage of to get fat wads of cash.

Frank Kern – His character is a slacker beach bum who does as little work as possible, jokes around all the time and curses a whole bunch. He’s just a regular guy who’s able to get what we want: freedom to do nothing, and a flood of cash coming in almost effortlessly.

David DeAngelo – David DeAngelo is the pen name Eben Pagan uses in his work. He has a hugely successful, $20,000,000 a year information business where he provides dating advice to guys who want to learn how to pickup women. He usually stars his own sales letters and tells people how he was able to solve his own problems with women to the point where he gets more of them than he can possibly handle.  Again, he relates to the market because he understands what his market wants.

John Carlton – Lastly, you have the “One-Legged Golfer”. This sales letter was what turned John into an online copywriting star  he is today. He was able to use it to position himself as a top league copywriter, and…

…you can’t blame him for that as that particular letter generated millions of dollars in sales. The star of the message was a one-legged golfer who was able to hit longer drives than pretty much anyone else.

He discovered how to use his handicap to gain an edge over his competition, and the people loved it.

The one thing to keep in mind is that your character, the star of the show, can’t be boring. When you create him, you have to keep in mind what your audience thinks about when they meet him and…

…make him as outrageous, addictive and easy to relate to as possible.

I remember back in the day, when I was in high school, what I’d do is come to school, sit in the back…

That’s right. I’d sleep through a good chunk of my day because I was terribly bored. The classes were full of dry information that I’d need to learn, and my brain just couldn’t take it.

But there’s one class I loved, though.

My history teacher was an incredibly powerful storyteller and he used his skills to get us involved in his class. I can still see those kids’ faces eager to find out what’s going to happen in the story.

That’s exactly what you want when it comes to your copy . You want people to be stoked to find out what’s next.

Now, how do you do that?

The best way for me to get that accomplished is through utilizing nested loops. The concept is really quite simple and it’s used all over the entertainment industry.

What you do is start two or three different plots and as you finish one, you start another one, so that there are always unfinished plots. Of course, whoever will read your sales copy will want to get the plots closed, and to do that, they’ll have to…

Just to give you a quick example, take a look at this short story:

I was walking down the street, when I saw this man with a baseball bat in his hand. I did not pay much attention to him, except for the fact that there was a tiny speck of blood on the bat that I couldn’t take my eyes off of. There really was something weird about that blood…

The man was looking at me kind of strange and I actually had a feeling he was going to start running towards me to show me what’s up. Instead, he just stood there, more and more afraid of what’s going to happen…

Now, I’d like you to notice how we opened a few loops in those few sentences. First, you have a guy with a bloody baseball bat, then you have the fact that he was angry and scared at the same time and lastly you have that something that’s going to happen at the end.

You could take those loops and close them however you want. It’s extremely easy. Try it.

When you use stories in copywriting, you need to make sure they’re short, don’t hard sell, illustrate the problem and also lead into the solution (which would be presented at the end of the story by the character we just talked about a few paragraphs before.)

There’s a well known truth about people and marketing which makes huge amounts of money to those that can take advantage of it.

We are hard wired to buy on impulse and the decision to make a purchase is completely emotional. Only after we’ve made that decision to buy what we want, do we start to justify our emotions with logic.

Here’s what I mean:

When we buy a Ferrari, it’s not the car we’re mostly concerned about. We want the stories we’ll be able to tell because of it, the prestige it’ll give us and the feeling of being part of that choice group of Ferrari owners.

I mean, up until recently, it was pretty much impossible to just buy a Ferrari. You had to wait in line to get it because they’re all sold out. Now, they’re outrageously expensive, so if you have one, you rock!

And that rocking was what matters.

When you write your copy, you want to let your prospects know how they’re going to feel when they get your product. How awesome their life will be when they buy it and how much better they will be as a result of having what you got to give.

Below you’ll find a list of emotional reasons why people buy:

Another thing you have to remember is to sell to those emotions in your features and benefits.

When you describe the product, you want to make sure you let your prospects know what it will do for them, but also how the benefits of having what you sell address the emotional needs they need fulfilled.

See what I did? I took my product, pointed out some key benefits and connected them to the emotional needs your audience has.

These are the three safely guarded secrets all of the gurus out there use to make more money than they can possibly spend. Use them and you’ll see awesome results and a bunch of cash coming right into your bank account. 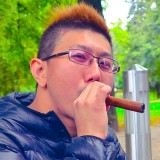 Wong Chendong is genuinely concerned about bloggers’ efforts in the blogosphere. While many online and marketing gurus prey on the uneducated and impressionable, he share his blogging knowledge instead of robbing people blind like the wicked of the web. He has been where you are and knows for a fact that he can help you. Find out how you can improve your blogging techniques by visiting TheBadBlogger.com 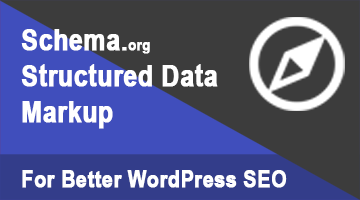