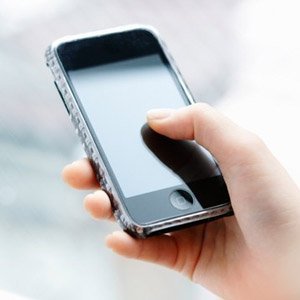 Technology has always fascinated me, ever since I purchased my first computer – remember when our screen options were green or amber? – and in today’s market, there’s newer and better technology developed right before our eyes. We’re privileged to be living in a time when technology is such a primary focus in the daily lives of millions. Just a century ago, Thomas Edison was demonstrating the first ever talking motion picture. It is absolutely baffling to think about how technology has evolved over the past 110 years.

That said, I’m a gadget guy. I’ll admit it, and I’m not ashamed to do so. I’ve been snapping up the latest smartphones the day they debuted since I bought the first iPhone. I’ve bounced around from manufacturer to manufacturer over the past eight years – the iPhone was released June 29, 2007 – and I’ve honestly found at least one phone I liked from most of the major makers’ products. I’ve fallen for Nokias and cursed early Motorolas. I’ve camped out over night for Apples, and felt zero emotion over an LG. And while I currently use the latest BlackBerry, I’m being pulled in yet another direction, and as a techie, I really did not see this coming.

I bought my BlackBerry Z10 in the latter half of March, and with tempered expectations, I was actually quite impressed. With the new BlackBerry 10 operating system, BB introduced an OS that doesn’t share a single line of code with its predecessor, the BlackBerry 7 OS. Built with its touchscreen Z10 in mind, BlackBerry’s new system introduced the Hub, which is the best messaging inbox system I’ve used in quite some time. The Hub will place all of your phone calls, text messages, emails and social media feeds in a uniformly tidy design. It’s become my favorite thing about the phone in a relatively short amount of time.

The other new element I love about my BlackBerry is Cascades, the navigation system that allows you to multitask between apps. Cascades allows you to open a message full-screen, and then drag it around to show your inbox in the background. You can keep your current message open and open a second message, allowing you to read these together, which comes in handy when you’re receiving emails from multiple people on the same subject.

Why Would I Switch?

So, you’re probably wondering, “Why would you switch if you love your BlackBerry?” To be frank, it’s not that I’ve outgrown my BlackBerry or that I no longer find it a useful gadget. The functionality of the BlackBerry – from a business perspective – is unsurpassed. It is a very business-oriented phone, and while it may not be as flashy as some other phones out there, it is a very operator-friendly and does everything as-advertised.

However, while I haven’t outgrown the Z10, I’m afraid technology may have outgrown me, and I didn’t even know it. The Samsung Galaxy Note 2 is the largest smartphone on the market, and while its size initially deterred me from even picking the device up when shopping for my own smartphone, I quickly realized how foolish I was in leaving the Note 2 on its stand. This phablet – phone-tablet hybrid – combines the best features of both devices and allows users to do quite a bit more than you standard smartphone.

The reasons that are leading me toward changing smartphones come down to some pretty cool new technology Samsung included with its Galaxy Note 2. One thing I’ve always missed about early technology was the PalmPilot. I know there were a lot of people who didn’t appreciate the stylus, but I found it to be one of the most useful tools with an electronic device. I wrote more notes by hand with my stylus than I can remember, and Samsung brings this technology back to life with the Note 2. The phablet has a Popup Note feature which allows you to scratch down a quick note, even while in the middle of a call. Instead of scrambling to find a pen and some paper, you can write your notes down on your Galaxy Note 2 and keep them on the device you never let out of your sight.

Another thing Samsung included with the new Note 2 that I’m wondering if I can live without is its high-tech camera and video capabilities. Its camera, sporting a Best Face feature, helps the user take the best group photo possible. How many times have you sat there retaking photos because of that one person whose eyes were closed, or whose head was turned away from the camera? With the Best Face feature, you take a multiple shots in a very short amount of time, and then you have the ability to choose the best expression for each person in the photo. With Best Face, you’ll never have another unflattering photo – unless you choose to embarrass someone – and compile your photos the way you want them to look.

The last item isn’t exactly a necessity, but it is pretty stinkin’ cool. With the Galaxy Note 2’s Air View, a time-saving feature that allows you to preview videos, photos, calendar events and emails by hovering your S Pen over the items on your device, you don’t have to scroll through your camera feed to find that new profile photo. Nor will you have to swipe across multiple screens and folders to find that document you need for your work presentation.

There are plenty of reasons to stay with my BlackBerry, but just as many equally-impressive reasons to make the switch to my first Samsung device since the Captivate. But if it weren’t for the incredible technology Samsung packed into its Galaxy Note 2, I wouldn’t even consider taking the plunge. If you haven’t done so yet, take the time to play with the Note 2 at your local wireless provider’s retail store. The device, while overwhelming at times, is one of the coolest pieces of technology I’ve gotten my hands on in a while. When a device makes me giddy like a child waking up on Christmas morning, I know there’s something special about the technology included. 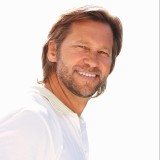 Hi, I’m Bradley. I’m a happily married man with a beautiful son whom I adore, and I love technology! Ever since I bought my first computer with an amber screen (I know, I’m dating myself here) I've been captivated by the newest technological advances. I learn something new each and every day, and I love sharing my wealth of knowledge with those seeking to better inform themselves. Whether it’s the newest smartphones, tablets, or apps, I’m all about it. When I’m not being a super-geek, you can find me taking photographs in natural forests, spoiling my wife and son, or, you guessed it, blogging.