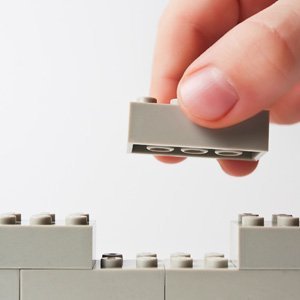 Recent updates from Google targeted link spam. Several campaigns, which were built around an anchor text, were pushed down. Bloggers picked up the topic and discussed it extensively.

Some predicted the need for change in anchor texts while others came up with percentages on various factors. In short, the discussion later boiled down on the fact that link profiles shouldn’t be focused on a specific anchor text. It should be generalized as if the links were built naturally.

In March, I started promoting my Forex site forex.zarrylyms.com. I wrote a specific post on ‘Forex Trading System’, which is used to sell a system. For promoting the post I used guest posting. Now, I am not a firm believer in Page Rank as the ultimate requirement for ranking. Hence, I opted for sites irrespective of whether it had a PR or not.

For three months, through guest posting, I promoted the particular post with the anchor text ‘Forex trading system’. This keyword is competitive and has a global search volume of around 22,000.

Surprisingly, while checking for rank positions in June, the post appeared sixth (first page) for the keyword ‘Forex trading system’. My happiness knew no bound. I was like ‘With 24 links I have ranked on the first page’. Unfortunately, the happiness was short lived.

After a week, it appeared on fifth page (somewhere around 55 rank). The next day it was gone. The post was unavailable within 100 rankings. Therefore, I used a ranking tool and found the post on 168 ranking for the keyword ‘Forex trading system’. This was expected. In fact, I was expecting Google to play its fair part long before. Now, since ranks were lost I decided to dilute those links. Of course, it was just 24 links. The strong part is that all of them were in content links and of high quality, (I would say).

I am sort of a lazy bones. Therefore, for diluting the links I did not want to strain, as I was busy providing guest posting service. Anyhow, the links must be diluted else, the amount of time and work invested will turn futile.

It was in August that I thought about dilution. Later I came across a blog that provided a list of dofollow sites. Quickly sensing opportunity I started commenting and leaving links which were either naked URLs or with ‘Forex trading software system’ as anchor text.

Forex industry is considered by many as related to gambling. Hence, it did not surprise me that most comments were never approved. Fortunately some did. To say precisely there were around 5 approved comments.

I allowed a week so that Google can index them. Later while checking ranks the post was at 10th position for ‘Forex trading system’.

Okay, so here is the cool part. 24 links were responsible for visibility and then invisibility. Finally, with few links I was able to get back to previous rankings. Calculating the percentage, the link profile was approximately around 80% for the keyword Forex trading system (terms and conditions apply, lol).

This particular case isn’t the entire truth. It is what happened in my case. However, if any of you have tried diluting links (I know mine was on a very small scale) then please let me know the percentages.

P.S. Recently Google refreshed its algorithm and hence I lost the rankings again for ‘Forex trading system’. Fortunately, the post appears at 15th position for the keyword ‘forex trading software system’ (the keyword used for commenting and within the URL) which is not bad. 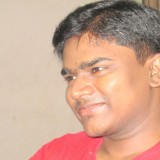 Richie Richardson loves to write about Social Media, SEO, SEM and Internet Marketing. Currently he writes over his blog Zarrylyms which provides tips on the above mentioned topics. You can reach him over his blog as well as follow him on Twitter @Zarrylyms.