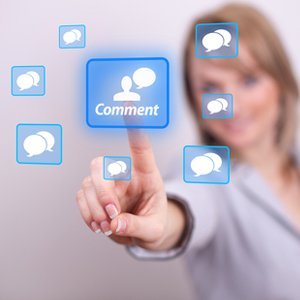 How important are blog comments, really?

Are they an important sign of engagement? Do they indicate a vibrant community?

Or are they just a waste of the blogger’s time?

A lot has been written about this, with big names on both sides of the aisle. Some content that comments are nice, but not important for business. Others feel that they are a complete waste of time, and yet a third group would say that if there aren’t comments, the blog is just totally unsuccessful.

Which group is right?

The answer is, of course, that it depends…

Back and Forth on Comments…

I’ve changed my mind several times about the importance of comments.

When I first started out, I thought comments were king (pun intended), and would have done anything that I could to get them.

Then I started getting them. My most popular posts (on my blog, as well as some of my guest posts) attracted well over 100 comments, and some of them have over 200.

That’s when I realized that comments have a down-side. Reading and answering them takes up a huge amount of the blogger’s time, not to mention that you can have thousands of comments without making a single sale.

Which brought me to the conclusion that maybe comments aren’t that important. As long as traffic and sales were going up, should I care that comments were down?

Some people (who I respect) said that yes, I should care. They explained why, and made a lot of sense.

So we’re back to the original question: do comments matter?

A lot of my success as a blogger has come from realizing that there are different stages in the growth of a blog, and depending on where you are on that ladder, different strategies will be appropriate to get you to the next rung.

(That’s the topic of my most popular post about Why Guru Strategies for Blog Growth DON’T WORK… and What Does!, and the topic of a book that I’m writing with Sean Platt.)

Here are the stages, in a nutshell:

Let’s explore each of the five stages…

Starting a new blog is starting from scratch – nobody has heard of you, and your blog is like a billboard in the desert.

You desperately want someone to pay attention to what you’re doing, but nobody knows who you are. Ultimately, you’ll fix that by guest posting on larger sites, to make their audiences aware of your work.

But before you can guest post, you need to introduce yourself to the target bloggers, and to their communities.

At this stage, you won’t receive any comments on your blog (even though you want them), but you need to be posting on other people’s blogs in order to get their attention.

Soon, other bloggers (and their communities) are going to start recognizing you, and interacting. Instead of just leaving a single comment on posts, you’ll find yourself engaging in conversations with other commenters, as well as the host blogger.

You’ll also write guest posts for them, and live and die with each comment, because they indicate to you that the audience is responding favorably, and they show the host blogger that you’re a force to be reckoned with.

And of course, some people will make their way back to your own blog, and comment there to continue the discussion.

At this stage, commenting is very important – both for you on other blogs, as a way of strengthening your ties with your burgeoning community of peers, and by others on your blog, as proof that people are actually connecting with your work.

Eventually, your traffic and comment numbers will rise high enough that you can “count on” a couple dozen comments per post.

Then you’ll realize that not only are comments a time-consuming activity, but they don’t pay the bills!

So you’ll take half a step back, and start focusing on your business model, and on making more money, and that’s what you should be doing – now that you’ve got traffic, you have to make sure you can actually convert them into business before you try to get too much more.

Sooner or later, you’ll crack the nut of converting traffic into customers, and you’ll find yourself making money.

When that happens, you’ll realize a couple of things; first of all, customers take time to service, and second of all, you’re going to want to do whatever you can to get more of them.

As your traffic and sales continue to go up, you’ll realize that comments probably don’t matter to you as much as they used to.

You’ll also realize that the posts that generate the most discussion aren’t always the posts that attract the most customers; after all, the people who discuss are often a different profile of person from the ones that buy.

You’ll still respond to comments on your blog (it’s only polite), and you’ll keep watching the rest of your corner of the blogosphere, but at this point, comments won’t be particularly important to you.

As you continue to grow, you’ll start approaching A-List status, and you’ll notice something interesting start to happen.

Remember how you started out by commenting on all the A-List blogs to get their attention? Well, the tables will now have turned, and bloggers who are just starting out will be commenting on your blog in hopes of getting your attention!

You’ll respond to comments, as much as you can, and you’ll occasionally comment on other blogs, too – but now a comment from you will be seen as a small badge of acceptance and validation from the blogosphere.

So comments still matter, but the tables have turned. Funny how that works out!

Over to you… what do you think?

This isn’t the final word on the subject of the importance of comments.

I’m still figuring it out, just like you, and near as I can figure, I’m somewhere between stage 3 and stage 4. Ask me again in a few months or years, when I’m further along in the growth of my blog, and I may have a different perspective.

But right now, this makes sense to me. It fits my experience, and it fits my observations of the blogs of my 30 audience-building co-authors.

And that’s good enough for me.

What do you think? Does it make sense to you? What stage are you at? 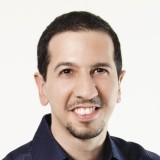 Danny Iny is an author, strategist, serial entrepreneur, and proud co-founder of Firepole Marketing, the definitive marketing training program for small businesses, entrepreneurs, and non-marketers. Visit his site today for a free cheat sheet about Why Guru Strategies for Blog Growth DON’T WORK… and What Does!