Home » The Famous Blog » Writing a Book Part-Time: Are You Ready for the Challenge? 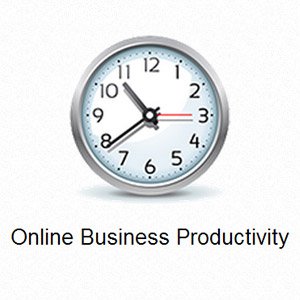 What is the first thing that pops into your head when someone mentions writing a book? If you asked me some years ago, the following had crossed my mind:

Ok, I have to admit that the previous points sounded like a cliché, but that was the image that I had in my mind when I thought about the matter.

Enter 2013 and the game has now changed. In fact, this change has been ongoing for years already and now the following image is more accurate when it comes to writing a book:

These are valid points and I can confirm them; this is what writing a book can be like nowadays. However, if I have to pick the most interesting item on the list, it’s the last one: You don’t have to write the book by yourself.

Crowdsourcing to the rescue

When I started writing my book, I had many pieces in my life that I had to take care of: My day job, my family, building my online business, and competing in running races.

Writing a book from scratch in this situation would have been a real stretch. However, the whole game changed when I got other people involved in my project.

Sure, I still had writing to do and there were other parts of the project that had to be taken care of (such as cover design, typesetting, a website for the book, and the launch phase).

Still, letting others handle the majority of the writing helped me to get a lot of the work out of my hands.

I took the crowdsourcing route, and I recommend that you consider it yourself if you are planning on writing a book.

For my book, 18 people contributed to it (in addition to my own section). I approached these people by writing them via e-mail and asking them to join me in the project.

The e-mail I sent them was different depending on whether I wanted to record an interview with the person through Skype (which was then turned into an essay) or whether I wanted the contributor to write the essay him/herself.

In both of these approach messages, I pretty much gave the same basic information about myself, things like:

However, the difference in these messages was this one particular section.

For interviews, I mentioned: “All I need is to have 30-45 minutes of your time to do an interview with you. Based on your answers, I’ll write an essay on your behalf, which I’ll then submit to you for your feedback and approval before publication.”

On the other hand, if I wanted to have the person write an essay for me, I used this approach: “To participate, you would need to write an essay answering the question “If you started your own home-based business today – while still having a full-time job – how would you make sure you stayed productive and focused in that environment and get the essential business tasks done?””

So how did I know whom to approach? First, my coach had some great connections that helped me get started. With some big names already on my project list, it was easier to get other people involved.

Also, I did some research in my niche and approached any potential people that would be a great fit for the project. Many of these people I already knew by guest posting, interviewing, or commenting on their blogs, so naturally they were the easiest to approach.

After compiling a list of over 100 people (who almost all received my invitation) and sending them either one of the approach e-mails, the total number of contributors was eventually 18.

It may sound like very few accepted my invitation, but I’m happy that these very people got involved; they were a perfect fit for this project.

The interviews took place through Skype, by using 9 questions I had created. Once I had the recording on my hard drive, I sent the MP3 to the transcription service who then turned the audio into text. When I got the transcriptions back from them, I went through the text and did some editing myself.

Finally, I sent the essays to an editor who then put them into their final form. Even though this editing and proofreading was the most expensive part of the project, it was definitely worth it since it saved me plenty of time.

The second way of gathering the content took even less effort since the contributors wrote their pieces themselves. Once again after receiving the essays I sent them for proofreading and editing.

The same editor who edited the essays based on the interviews did this work.

My parts of the book

You may be wondering what was actually left for me regarding the book’s content?

Well, naturally, I wrote my section for the book and some miscellaneous parts (thank you section, introduction, conclusion, etc.). I also wrote the introduction for each particular person before his/her actual essay was started.

Even though others mostly wrote the book’s content, a big part of my work was focused on the launch phase.

In this particular project, I had to handle the following:

Now, I understand if you are saying “Whoa, that’s a lot of stuff!” and I totally agree with you. Yet, this was totally doable and it is still a lot less work than if you were to write the whole book from scratch by yourself, and on top of it, handle the launch phase too.

How did I find time to write my book?

I can divide the time I wrote my book into two phases: When I had a day job and when I was kicked out of my job.

First, when writing a book while having a day job and a family was challenging at times. However, getting it done was a matter of prioritizing my work.

One of the questions was: Since I have a blog and two e-mail lists, how can I keep writing great content for them while working on the book project?

I handled this situation by creating a lot of content for my blog in one batch and then scheduling it.

This was the same way I approached the content generation for my e-mail lists. Later, I decided to merge two lists together and that helped me to streamline things even more.

Once I had created content in advance, I just dedicated my time exclusively to the book project and nothing else.

I also gave up temporarily some of my hobbies (marathons and triathlons), because I wanted to have as much time as possible for the book. I figured, that it’s impossible to do everything at once and something just has to give.

Finally, I woke up early every morning so that I could dedicate my time to this book without distractions. Without this habit, I would still be writing my book.

At the end of June 2013, I was kicked out of my day job because of the slow economy. This was a blessing in disguise as I was able to fully focus on the book project.

In the beginning, I spent three days of the week on my book project, while the rest of the week I did other blogging related stuff.

However, when the launch phase was on, I exclusively focused on finishing the project and clearing my task list while trying to keep other blogging related work to a minimum (except writing content for my e-mail list and for my blog).

Writing a book has costs involved in it and now that I look at them so far, the total amount is over $2,000. One might think that, “Ouch, that’s a lot!” but I don’t think of it this this way.

First, I didn’t have to pay the whole sum at once, but during this whole project. This helped me to fund it in a way, so that I had money for other stuff in my life as well.

Also, I see this whole money spent as an investment, which is going to pay itself back at some point: In a form of new business opportunities, teaching and speaking gigs, increased authority, and as a growth of my e-mail list.

Besides, being a blogger with a published book makes a difference when compared to just being a blogger, so this was an investment and I was happy to do that.

Finally, here is the list of costs so far (at the moment I’m writing this post there are still certain costs coming my way):

So what is this book you are talking about?

I already told you about the steps I took to write my first book with 18 co-authors.  Now it’s time to pull the curtain away and announce it to the public.

It’s about how anyone can build an online business while having a day job or other commitments in their lives. The best part: It’s free!

All I want you to do is to give me your name and your e-mail address, and I’ll give you instant access to the book.

You can also buy a printed or Amazon Kindle version of it too. The book is much more convenient to read that way, if you want to take it with you wherever you go. 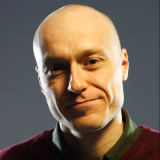 Timo Kiander, a.k.a. Productive Superdad, helps entrepreneurs improve their online business productivity. With 18 co-authors (like Pat Flynn and Corbett Barr), he wrote a book about how to build an online business and get stuff done – even when working from 9-5 (available as a free download or through Amazon).