Home » The Famous Blog » Why I Changed My Mind About TweetAdder 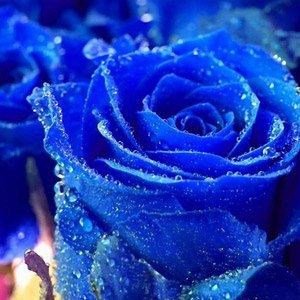 Since TweetAdder 4 came to light, my review went live, and I am accused of being not honest about it! More worst, some people claim that I got paid by TweetAdder to write sweet words about their software. (which is not true), the only true is that I am part of their affiliate program, and like anyone else in the business, I earn a commission whenever someone purchase the software via my affiliate link.

Actually, I do earn commissions from almost all the product I recommend here on the blog. No big deal, this is what I do, and that’s not bad at all, and you actually should do the same.

TweedAdder has lost/dropped a major functionality in the 4.0 release, which made this software useless in the eyes of many users, so probably no one like what I wrote in my review, and many people hate me for giving it a rating of 4.5 stars. Even thought that specific functionality (Automated Follow/Unfollow) is consider illegal as it’s against Twitter’s TOS.

I do believe that this should make the software better (from legal and technical point of view), but I just discovered that I was wrong, the software is better only in my own theory!

I’ve got several negative comments on my TweetAdder 4.0 review, I actually approved most of them, I only deleted those comments with hate and bad words. I’ve replied to a few of these comments too, I tried to explain my point of view, but no one want to listen, so there must be something wrong… in my review, and Me!

What made me change my mind about TweetAdder

A couple of hours ago; a specific comment came to -finally- end this messed up situation, I don’t know this person through, but I really appreciate he took the time to write it.

And, instead of approving the comment to go live on the post what is was posted on,  I decided to dedicate this post to this person, and all other people who came across my review. I decided to publish it here as part of this post.

I feel sorry for you dude… really!
You have a pretty decent following, that I’m sure you spend time and efforts building up…
Why in the world are you are willing to DESTROY YOUR CREDIBILITY on this? (an update on a product that is not even the shadow of the original) For a few DOLLARS in commission?

Just pay attention to the comments. Almost 99% of them are aggressively negative toward TA4 and 100% of TA3 users are praising TA3, justifiably… Having used every version of TA from the very beginning (4-5 years on), I agree with them. TA4 IS totally USELESS for anyone who is serious about building a business (online or off-line) using the power of social media. PERIOD! END OF THE ARGUMENT! (I would expect you to agreed with that)

There is no easy way to say it… YOU should be ASHAMED of yourself to promote TA4 as an improvement on TA3… IT’S NOT, no matter how many times you will repeat it to yourself or to anyone else!

I have used TA for years, on 3 different accounts for 3 different businesses, building over 10K each during that time, using the auto-follow/unfollow feature w/o ever having an issue with twitter… TA3 brought a real solution for managing/building multiple Twitter accounts simultaneously…

By far, the best feature for building a Twitter account was the auto-follow/unfollow feature. As long as you kept it within reason (usually about 250 to 300 / day; more than enough for honest businesses; NOT spam) Twitter would never bother you. I’m speaking of experience. All you had to do was to properly select your target market (users) who would actually be interested in the info you tweet about, then set TA3 to auto-follow/unfollow them and voila; you could go about the rest of your business day. That was their unique selling proposition (they were the only one to offer that, at least back then, I don’t about today)… I would have paid 10X more for TA3; I won’t even use TA4 for FREE.

Clearly, you wrote this piece ONLY to attract traffic and get your affiliate commission from TA…
As a serial entrepreneur, I understand you getting paid for recommending a product, and you should, BUT please DON’T pretend that this is a real unbiased review or that you even know anything about TA except that they pay you a commission. At least have the honesty of to admit that your are getting paid when someone uses your link… (give full disclosure).

Based on your half backed, tentative and uninformative answers to the few people who actually are seeking help, I can tell that YOU DON’T KNOW the first thing about this software. You probably just started using it after becoming an affiliate a few weeks ago… TA may have even given you the template for your so-called “review” and you just posted (very common in the affiliate internet marketing world).

That’s a bad business move my friend, you are killing your credibility for TA, they don’t give a crap about you, they just settled a lawsuit with Twitter…

Ask yourself who will follow your recommendation in the future; who will buy anything you recommend after it has become clear that you cannot be trusted? This is a very shortsighted move… but hey, it’s your business…

Your followers, potential customers, those who allow you to make a living online (through commission) deserve better than that; they deserve to be RESPECTED… then they will respect you. This was my first visit on your site and… guess what? I DON’T TRUST YOU and would not even join your list if you had one.

The likes of you make a bad name for those of us using the internet to grow our business legitimately, selling valuable services and products…

It’s NOT TOO LATE to recognize your mistake and apologize to your followers! (Hey, this is only for your benefit, only because I know how tough it is to succeeded in business; I have no skin in this game). Us Americans, we are a very forgiving people… once you come clean.

If you do, you just might be able to survive another day in business… and probably gain many more followers.
If you don’t, you will be doing it the hard… well, you may not even care if the commission you made will allow you to retire. But I know it was not that great with TA4, especially after all the refunds…

I’ve dropped the rating of TweetAdder to the lowest, and updated my review (I will also drop this review totally from the review section in the future, I just kept it there for now so that you read). I made it clear that I won’t be recommending this version again in the future, unless they came up with something new to make it up for their members.

And, I -officially- apologize to All of you.