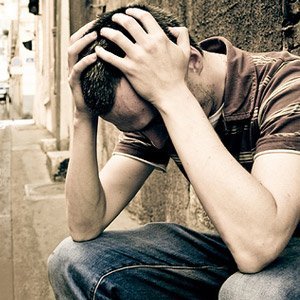 You see back in 2009 I set up The Epic Blog and over a period of about 12 – 14 months I built it up by writing posts, guest blogging , giving interviews and writing then giving away a total of 3 eBooks, generally busting my gut giving away value.

Everyone kept telling me that eventually I will be able to give up my c****y 12 hour warehouse job that would pay my £200 a week and sit on a beach writing blog posts for thousands each month! All I had to do is keep going and give value. Imagine if Rocky Balboa had thrown in the Towel and gave up! Where would he be now?

So why did I give up and throw in the towel then dear reader? Well I got tempted away to pastures new and I started developing websites. Over time my web developing became very good and took over my blogging adventures, so I gave up on blogging to build up my web development business. I recently learned something new from The Bad Blogger on this post of his.

“There’s no point in giving up and starting something new from scratch. If you do, the only thing you’ll accomplish is start over. It may be refreshing, but…. It’s a Terrible Waste of Time..!”

That statement got me thinking and was I saddened at the fact that I gave up mid 2010. If I had stuck it out I would have a successful high ranking blog! The thing is I was forcing it and I took on too much. The saying “Not enough hours in the day” was becoming more and more relevant.

When I first started blogging I was splitting my waking hours into 60% blogging, 20% my own time,  20% developing my skills as a web designer which quickly turned to 90% building sites and 10% my own time down the pub. Of course the grass is always greener they say but in this case I believe it was not the case.

Personally I think my Greed took over as I was earning hundreds and even thousands each month making awesome websites and I lost sight of what’s important. I keep thinking to myself that if only I had carried on perhaps another month of blogging I would have been able to give up my full time job in that warehouse and sit on a beach somewhere writing blog posts and earning a living.

So what now then dear reader. It seems my web design business has died down a bit and is on a plateau and I now have time to do my blogging where I am 40% blogging 40% web design and the rest for myself.

The point and moral of this post dear reader is “That you should never ever ever give up, even if you feel it’s hard and wasting your precious time. Because you never know what may be lying round the corner for you.”

Starting something new may seem refreshing to you! But if you really think about it you will be wasting your time and effort, especially if you are like me who has spent a lot of time and effort to build a blog only to throw it all away!

Be patient, Be constant and don’t force it dear reader. But most of all don’t make the same mistake that I did and Success Will Come!

Have you made any mistakes in the past? Have you learned new things from your mistakes or have you done the same as  I did? Love your thoughts! 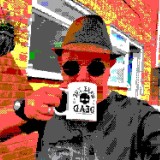 Phillip Dews is a freelance website developer and designer from Birmingham UK. In mid 2019 Phillip started blogging on on the subject. Check out his best post on Rank Math HERE.