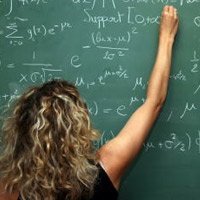 After reading my first two guest posts here at Famous Bloggers I am sure you would like some formulas to further extend on those crucial tips which is exactly is what this post is for. But first of all let me give you a bit background on me and how I came to these understandings. In elementary school some of my favorite Tv shows were Knightrider and Airwolf -which was basically the helicopter version of Knight Rider. I liked these shows so much that i started making little booklets containing my own versions of episodes I wished they had produced.

SIDENOTE: Wishing for things never brought satisfaction for me…even as a child I sought ways to make what was in my imagination real.

I role-plated the whole wished episode both mentally and physically. Then I took a regular piece of notebook paper, turned it sideways in a rectangular position and folded it in half; thus, making every notebook page into two booklet pages. On each half I wrote the segments of the episode until it was finished. I wrote the dialogue of the characters, drew pictures on some of the pages illustrating the dialogue, and everything… All this in elementary school! My classmates and teachers were amazed at this.

Around this same time I also wrote a lot of poetry, especially for girls.

SIDENOTE: It didn’t work then and it won’t work now, so don’t ever write a girl a poem thinking she’ll like you more…she will only end up clowning you and telling all her friends how lame you are.

Toward middle school I really got into rapping -a natural extension from poetry. I would see a story in my mind and then just spit it out verbally making every two sentences rhyme in sync with a beat which was usually supplied by a volunteer beat-boxer. Putting it on paper was easy. While in Theatre Arts, we competed with other schools by acting out scripts and I used to win superior trophies -the highest you could get- using acting scripts I wrote myself. A few years later, I had a stint as a minister and of course every sermon I did I wrote myself. Actually this was kinda like rapping except the words didn’t rhyme.

Taking all this into account, one might say I was a natural born writer. Well how come when blogging hit big, all of a sudden I caught writer’s block!?!? All of my previous experiences was filled with me blogging -just without the internet. Whether it was poetry, theater arts script writing, rapping, or sermonizing I was actually blogging my thoughts.

O.k. so-called Netrepreneur breathe slow…focus…what formula was I using to do all that blogging?

Stay tuned at MarketSecrets.biz for Volume 2’s set of formulas.. 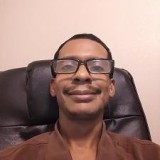 Join William "Caleb" Rodgers the MarketSecretsBlogger as he continues sharing How People Make Money Online at marketsecrets.biz ... and if you hurry right NOW you can get instant access to the top money making Clickbank products for FREE!