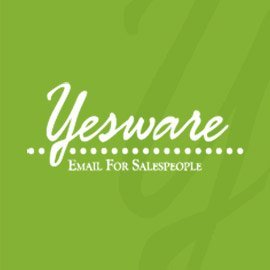 Have you ever wondered if your email successfully traveled through cyberspace to reach its intended inbox?  Yesware was created to answer the question for you.

Yesware was originally designed by salesmen for salesmen as a means of tracking emails.  Matthew Bellows, Yesware CEO, launched the company in July of 2010 with a $1 million seed round of financing.  He has subsequently completed a second round of financing in June of 2012 which raised an additional $4 million dollars.  Such giants as IDG Ventures, Google Ventures, Foundry Group and Golden Ventures Partners led the investor parade.

31 months since the launch Yesware works on Gmail, Outlook and Android mobile devices.  It integrates with CRMs like Salesforce.com, Microsoft Dynamics, Oracle CRM and Highrise.  As a bonus, Yesware can function as a standalone.

The advantage in addition to knowing your email arrived, was opened and if a link was clicked is that Yesware has reports and analytics capability.  Analytics will track goal progress, details on prospects, the dollar amounts associated with the transaction, and prioritize the email by the frequency of customer interaction. Imagine eliminating the excuse of “I must not have received that email.”  Most of us have not only heard that excuse but used it as well.

Since CRMs are highly manual entry formats, Yesware is designed to be more reliable, accurate and timely.  Freeing the salesman from routine data entry allows more time to do what they do best – sell.  Hence the S A D – Salesmen Against Data Entry.

How do you know if Yesware worked?

If the recipient opened the email or clicked a link, you will immediately see a highlight on your taskbar indicating “opened” or “clicked.”

Why wouldn’t it work?

If the recipient has blocked images, opened the email on the same computer on which it was sent, if the email landed in the spam folder, or if it was deleted without being opened, no notification will be received by the sender.

How Easy is it to Install and Use?

The program is remarkably easy to install.  Salesmen and writers are far more people oriented than techie (computer programmer).  One click on the install button and presto, the “Yesware” tab appeared on my Gmail taskbar.  (Interesting note: at the time of installation there was a warning that “Yesware is not associated with Google.”  Refer back to the investors in round two; wonder what the association is between Google Ventures and Google.)

One of the frequent complaints about Google is that it is virtually impossible for the common user to contact anyone for assistance.  Yesware has a support email (support@yesware.com) attached from the very beginning.  Also included is a quick start guide.  (Maybe that is the difference.)

30 months after launch Yesware has announced their transition from an initial concept to building a business foundation.  One of the recent changes is tiered pricing:

Seven months ago there were 40,000 sales people using the software including Yammer and Hubspot.  With the second round of financing, that number has expanded significantly.

Coming attractions are the inclusion of IOS, tablet apps and even an app focused on follow up calls; salesmen can leave a template audio message when they reach a voice mail.

Yesware is not a mass emailing platform like Constant Contact.  Yesware focuses on enhancing the individual email activities.  Think of it as Gmail for professional users.

The major caution is that Yesware functions on Google and Outlook platforms.  Since they do not own the platform, the wrong change in the platform and the Yesware experience crashes.  Why didn’t Yesware create their own platform?  Too expensive.

All facts considered; if you want to know if your emails were opened and if the recipient clicked on the links, Yesware provides a solution. 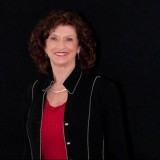 Elaine Love writes for PrintPlace.com, Small Business Examiner, Motley Fool, and Elaine4Success.com. Her expertise is in small business, marketing, mindset for business and speaking coaching. Her credentials include Masters Degrees in Communication, 35 years of entrepreneurial awards including “International Innovator of the Year,” World Class Speaking Coach, and author of 3 books.