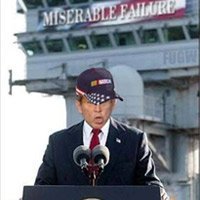 What do you do to dominate Google? Google ranking algorithm was largely constructed around links. Essentially, that’s the way they come up with PageRank as well: how many links and the quality of those links determines your site authority.

What is a link?

A link is simply a way for a website to point to another website. Whenever you see that blue text that says “click here” or whatever and you click it and it takes you to another site is a link.

Essentially, the more links you get, the more Google will love you.

I am not saying that links is ALL you need in Google’s eyes; they do claim about 200 different factors go into their algorithm.

However, WITHOUT links you will simply not be able to achieve and maintain strong authority and high rankings.

So, it’s really simple: the more links you get and the better quality they are, the better your rankings are going to be.

Now it’s very important that those links are one way links.

Let me give you an example of the power of links.

This happened around 2004. A group of SEOs decided to rank George Bush’s White House page for the term “miserable failure”.

So what they did was built a good number of one way links with “miserable failure” as their anchor text pointing back to George Bush’s profile.

The result was both shocking and laughable: for a long time when you typed up “miserable failure” into a search, you would see Bush’s profile as the number one result.

It goes without saying, that nothing on his page ever mentioned “miserable failure”. So by the power of the incoming links alone, Google determined the search term relevancy to the former president’s profile.

Side note: a couple of years after the incident, Google finally changed its algorithm, making it far more difficult for such pranks to happen in the future. More on this at SearchEngineLand.com.

Now, when Obama took over the presidency, he basically dismantled the entire site to avoid his predecesor’s bad fame.

You tell me. I took the screen shot below on November 17 in Yahoo! Search.

Ahh, the everlasting power of quality one way link building!

Love it or hate it? Comment to show me that you’re alive! 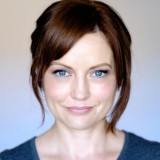 Traffic, traffic, traffic... Can't do without it, but don't know how to get it? Ana does, and she freely shares her best advice on how to increase web traffic on her Traffic Generation Cafe blog. And don't forget to pick up Ana's 7 Steps to Complete Search Engine Domination free SEO report while you are at it - stop hoping for more search engine traffic and go get it!